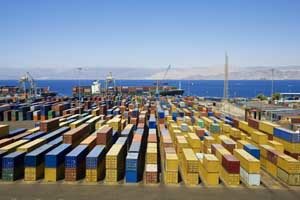 USCIB was joined by 21 other businesses organizations representing every sector of the American economy in signing a letter to Congressional leadership on December 3 urging legislators to resolve outstanding issues and pass the Trade Facilitation and Trade Enforcement Act of 2015 before Congress adjourns for the year at the end of this week.

“[W]e strongly encourage the passage of the Trade Facilitation and Trade Enforcement bill within the 2015 legislative calendar,” the letter stated. “Continued customs modernization is essential to providing U.S. Customs and Border Protection (U.S. CBP) the support it needs to safeguard America’s borders while enhancing economic prosperity, and ensuring stability for American importers and exporters.”

The letter notes that it has been more than two decades since the United States passed true customs modernization legislation. Passage of the Customs bill will, among other items,  update outdated e-commerce and business practices, benefit small business and consumers by raising the de minimis amount to $800, and codify U.S. CBP operations and management.

The U.S. House and Senate have each passed independent and differing versions of the Trade Facilitation and Trade Enforcement bill. Last week, the House joined the Senate in appointing Conferees. However, staffers have been working to resolve issues informally for months. The bill is now in Conference.  The business community hopes that Congress can reconcile and pass a bicameral, bipartisan bill before Congress adjourns at the end of the year.

This entry was posted in Growth, Jobs and Open Markets, News Stories and tagged Customs and Trade Facilitation.
Modified on February 22, 2016
Posted on December 7, 2015