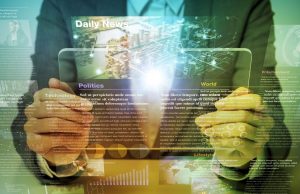 Throughout 2017, USCIB President and CEO Peter M. Robinson, alongside other USCIB leaders and staff, garnered important coverage from the news media on issues critical to USCIB members. Policy issues ranged from NAFTA and the need to enshrine investor protections to the need for reform at the United Nations.

USCIB members and committee leaders, particularly Jerry Cook of Hanesbrands and Tam Nguyen of Bechtel, also made headlines on issues such as customs and trade facilitation and the evolution of corporate sustainability standards, respectively.

“USCIB won important news coverage in a wide variety of areas,” said Jonathan Huneke, USCIB’s vice president for communications and public affairs. “Thanks to outstanding thought leadership from USCIB President Robinson, as well as committee leaders and our staff experts, we were able to consistently punch above our weight, holding our own in a crowded media environment.”