New York, N.Y., December 18, 2020: The United States Council for International Business (USCIB) issued a statement today by its President and CEO, Peter Robinson, commending the nominations of Michael Regan, for Administrator of the U.S. Environmental Protection Agency (US EPA) and Brenda Mallory to lead the White House Council on Environmental Quality (CEQ).

“USCIB members are strongly committed to advancing environmental protection through innovation and investment in the global marketplace. We believe that EPA and CEQ play crucial roles in shaping U.S. international environmental policy, not just in connection with climate change but in other priority areas, such as pursuing nature-based solutions, circular economies and responsible chemicals risk management. 2021 will be a year of important decision-points in the multilateral system, looking ahead to the fifth UN Environment Assembly and eventual thirty-year anniversary of the Rio Earth Summit; vigorous U.S. engagement in those deliberations will be vital for economic prosperity and environmental stewardship at home and abroad.

“USCIB sees opportunities to pursue synergies across international and domestic actions for enhanced environmental benefits, and advance the UN Sustainable Development Goals (SDGs), delivering a recovery that improves environmental quality, creates jobs and stimulates public-private partnerships. Since 1992, USCIB has represented U.S. business in support of the UN Framework Convention on Climate Change (UNFCCC) and its Paris Agreement. In addition, USCIB has been the voice of American business at the UN Environment Programme (UNEP), the Strategic Approach to International Chemicals Management (SAICM), and other multilateral environmental deliberations and forums. USCIB is fully committed to international cooperation and to partnership with our government to advance American private sector-driven economic prosperity and environmental stewardship at home and abroad. In our view, it is critical to continue to focus on and champion substantive engagement of U.S. business across the UN system on key environmental topics.

“USCIB and its members are ready to assist the incoming Administration to develop and implement market-oriented environmental solutions and measures, working with the international community and in consultation with the American private sector. As the U.S. affiliate of Business at OECD (BIAC), the International Chamber of Commerce (ICC) and the International Organization of Employers (IOE), and with its own standing at the UNFCCC, UNEP and at the UN Economic and Social Council (ECOSOC), USCIB is uniquely placed to scale and amplify these opportunities across the UN system, and in the OECD and the WTO.”

About USCIB: USCIB promotes open markets, competitiveness and innovation, sustainable development and corporate responsibility, supported by international engagement and prudent regulation. Its members include U.S.-based global companies and professional services firms with operations in every region of the world. As the U.S. affiliate of leading international business organizations and as the sole U.S. business group with standing in ECOSOC, USCIB provides business views to policy makers and regulatory authorities worldwide, and works to facilitate international trade and investment. More at www.uscib.org. 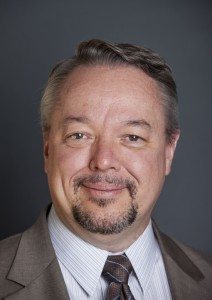 New York, N.Y., February 21, 2017 – The United States Council for International Business (USCIB) announced that Michael Michener, a former administrator of the U.S. Foreign Agricultural Service who has also served as a U.S. trade diplomat and association executive, has joined USCIB’s staff as vice president of product policy and innovation.

“Mike brings a wealth of experience and knowledge to USCIB, especially his background in working with international organizations, that will contribute greatly to our efforts on behalf of members,” said Rob Mulligan, USCIB’s senior vice president for policy and government relations. “We are excited to have him join our team at a time when the policy and regulatory challenges facing American companies are complex and growing.”

Michener most recently served in Brussels as director of multilateral relations for CropLife International, representing the association before a range of international organizations – including the UN Food and Agricultural Organization, the UN Environment Program and the UN Framework Convention on Climate Change – on issues related to crop protection products and agriculture biotechnology.

Previously Michener served with the U.S. Department of Agriculture in two different roles. First, as administrator of the Foreign Agricultural Service, he managed 1,100 employees and an annual operating budget of $300 million.  Then, as minister counselor at the U.S. Mission to the UN Agencies in Rome, he served as the special representative of the U.S. secretary of agriculture to UN bodies dealing with food and agricultural issues.

Michener has also worked with the U.S. Department of State, U.S. Department of Homeland Security, and U.S. Agency for International Development, and he served with the United States Army for seven years in Europe. Michener earned a master’s degree in public administration from Bowie State University and a bachelor’s degree East European studies from the University of Maryland.

USCIB promotes open markets, competitiveness and innovation, sustainable development and corporate responsibility, supported by international engagement and regulatory coherence.  Its members include U.S.-based global companies and professional services firms from every sector of our economy, with operations in every region of the world.

With a unique global network encompassing the International Chamber of Commerce, the International Organization of Employers and the Business and Industry Advisory Committee to the OECD, USCIB provides business views to policy makers and regulatory authorities worldwide, and works to facilitate international trade and investment. More at www.uscib.org.

New York, N.Y., September 13, 2006 – The United States Council for International Business, which represents America’s top global companies, has voiced concern to European Union authorities over proposed implementation guidelines for EU legislation, known as REACH, to regulate over 30,000 chemicals and products made from them.

REACH, which stands for “registration, evaluation, and authorization of chemicals,” is slated to undergo its second reading in the European parliament this fall. As currently drafted, the proposed legislation would affect downstream users and importers as well as chemical manufacturers.

USCIB submitted comments on a draft REACH implementation project or (known as RIP 3.8) that sets out guidance for manufacturers in the implementation of the draft chemicals legislation. It said its comments aimed to help contribute to the workability of rules laying out the obligations under REACH for industries that use chemicals in the manufacture of their products.

“The workability and proportionality of REACH has been raised as a top priority by both the European Commission and Council,” said Andrea Fava, USCIB’s manager of environmental affairs. “However, we are concerned that these guidelines are neither workable nor proportionate.”

USCIB recommended the revision of the proposed guidelines, saying its members are concerned about the workability of the draft from both the compliance and enforcement perspectives. USCIB has also expressed concern that the guidelines go beyond the scope of the draft chemicals legislation.

“We urge that further input be considered and that the guidance for articles be revised to ensure it is consistent with the intent of the draft REACH legislation,” said the USCIB statement.

In 2003 and 2004, USCIB submitted comments to the European Commission on the economic and environmental impact of the REACH proposal. Since then the EU has undertaken an extensive revision of the proposed legislation and is now pushing to finalize REACH in the near future.

USCIB promotes an open system of global commerce in which business can flourish and contribute to economic growth, human welfare and protection of the environment. Its membership includes some 300 leading U.S. companies, professional services firms and associations whose combined annual revenues exceed $3 trillion. As American affiliate of the leading international business and employers organizations, USCIB provides business views to policy makers and regulatory authorities worldwide and works to facilitate international trade.