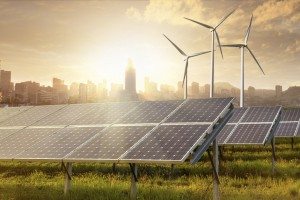 USCIB and its global network have welcomed the conclusion of the Third International Conference on Financing for Development (FfD3), as the outcome emphasizes an enhanced role for the private sector in the United Nations Post-2015 Development Agenda. FfD3 formally concluded on July 16 in Addis Ababa, Ethiopia after three days of negotiations to agree on a new global financing framework to support sustainable development. The final text—known as the Addis Ababa Action Agenda—sets out  the means of implementation, including technology, domestic resource mobilization and blended finance and investment for the UN Sustainable Development Goals (SDGs).

In a letter to Ambassador Lisa Kubiske of the U.S. State Department, dated July 7, USCIB’s President and CEO, Peter Robinson stated that a successful FfD3 would “amplify the opportunity to catalyze private initiative and investment to advance sustainable development and economic growth.  It will be actionable and practical for governments and business; it will synergize with the global market place and provide opportunities to advance entrepreneurship in support of shared prosperity.”  In that letter, Robinson also raised USCIB’s concerns with some aspects of the Addis outcome, relating to taxation and the proposed technology facilitation mechanism in terms of its role vis-à-vis protection of intellectual property.

USCIB played a central role in marshaling business input into FfD3, having worked actively with members and the International Chamber of Commerce (ICC) to ensure that the private sector’s voice was heard in Addis. USCIB and its members have engaged on several occasions with the U.S. negotiating team, and USCIB Vice President Ariel Meyerstein met with the co-facilitators of the FfD3 process as part of the Business Steering Committee for Financing for Development, chaired by the ICC Permanent Representative to the UN, Louise Kantrow.

USCIB was instrumental in organizing the conference’s landmark Business Forum on July 14. USCIB lined up an impressive array of member speakers for the business forum to share their insights about investing in emerging markets, including Jay Collins, vice chairman of corporate investment banking at Citi; Peter Sullivan, head of the Africa public sector group at Citi; Walt M. MacNee, executive vice chairman of MasterCard; Elaine Weidman, vice president for sustainability and corporate responsibility at Ericsson; and Jay Ireland, CEO of GE Africa.

“We welcome the Addis agreement as an important step towards realizing a more sustainable and prosperous future for us all,” said International Chamber of Commerce Secretary General John Danilovich. “By establishing a framework that seeks to harness private sector investment, we’ve seen a major leap forward in the international community’s approach to development cooperation.” (Read ICC Secretary General John Danilovich’s letter to the Financial Times on enabling trade for development.)

The private sector and other development institutions and donor countries led the way in a number of areas that went far beyond the confines of the Outcome Document. Several blended finance initiatives were announced, including the Sustainable Development Investment Partnership, which will try to unlock private capital for development, and Convergence, an online platform for developing a pipeline of projects ripe for investment and the exchange of information and capacity building. In addition, the European Union announced that it would add $2.8 billion to Power Africa, an initiative spearheaded by the U.S. government and private sector companies and other partners in sub-Saharan Africa to add more than 30,000 megawatts (MW) of cleaner, more efficient electricity generation capacity as well as increase electricity access by adding 60 million new home and business connections. Other major international financial institutions announced plans to make $400 billion available in the next three years to finance the sustainable development goals.

The conference also provided some cliffhanging moments of concern to business as a proposal by developing countries to elevate the UN tax committee to an intergovernmental body with universal membership nearly brought the conference to a stalemate. The proposal was ultimately rejected, but some in civil society were disappointed with that outcome and along with some governments, can be expected to continue to press for such an upgrade to be reconsidered during the remaining negotiations leading to the UN General Assembly and Post 2015 Summit in September. Significantly, a number of global initiatives were launched to improve the capacity of national tax authorities because taxation is a key aspect of domestic resource mobilization – one of the key resource streams for financing development that could surpass the revenue streams from both foreign direct investment and official development assistance (ODA). These initiatives included the launch of the OECD’s Tax Collectors Beyond Borders Project (a joint venture of the UN Development Program and the OECD) and the Addis Tax Initiative (an effort by 18 developed countries, including the United States, to double official development assistance for tax authority capacity) and a joint World Bank/IMF initiative to provide capacity building for tax authorities in developing countries.

USCIB’s SDG Working Group, chaired by Tam Nguyen (Bechtel) and Brian Lowry (Monsanto), will continue to weigh in to the UN and the administration on USCIB member interests as the UN process continues to deliberate on a wide range of business issues and implementation.  In addition, USCIB has created an online platform to showcase the private sector’s continuing contributions to sustainable development, and demonstrates the many ongoing business initiatives in support of the UN’s Post-2015 Development Agenda. Visit businessforpost-2015.org to learn more.

This entry was posted in News Stories, Sustainable Development and tagged Corporate Responsibility and Labor Affairs.
Posted on July 20, 2015