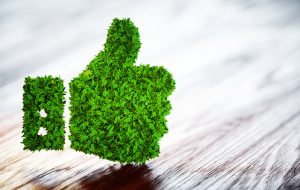 The U.S. Department of State has announced the four winning U.S. companies for the 2019 Secretary of State Award for Corporate Excellence (“ACE Award”) and, again this year, USCIB member companies are well represented. The two awards open to large multinational companies are both going to USCIB members – Procter & Gamble Asia Pacific wins the ACE for women’s economic empowerment for its gender equality leadership across the Asia Pacific region while PepsiCo in India is recognized for sustainable operations from their community water programs, which focus on water replenishment and water conservation in agricultural practices. P&G is a repeat winner, having won in 2011 for its work in Nigeria and Pakistan.

Nearly every year, one or more USCIB members are among the very select group of winners recognized by the Department of State for exemplary corporate responsibility around the world. Nominations are invited every year from U.S. ambassadors on the ground in each foreign country. These senior U.S. government officials have a keen understanding of the local impact these companies have and the exemplary work they are doing in specific international markets.

The awards will be presented by U.S. Secretary of State Mike Pompeo to senior executives from each company in a ceremony at the State Department on October 31. Details on the winning company efforts are included in this State Department news release.

USCIB salutes its member company winners this year. “It seems every year one or more USCIB member companies end up winning the prestigious State Department ACE awards,” said USCIB President and CEO Peter Robinson. “I’m not surprised since our members are widely recognized among the most progressive, most socially responsible companies in the world. P&G and Pepsi are among our star members, exemplifying all that’s good in the broad areas of corporate responsibility, including sustainability, women’s empowerment, community development, and investing in their employees around the world. When leading U.S. companies trade, invest, and get involved overseas, they bring not only their commercial, economic and technical expertise and their market power; they also bring their values, including corporate responsibility and ethical behavior. I salute Pepsi and P&G as winners this year as I have other member companies in previous years. These award winning companies do us at USCIB and our country proud.”