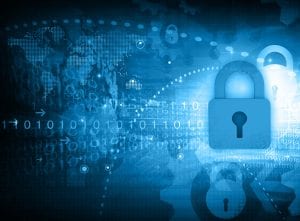 According to Wanner, highlights of this meeting included an announcement by the Philippines of its intent to participate in the Cross-Border Privacy Rules (CBPR) System, which, upon approval, would make it the 9th APEC member economy to participate in the regional privacy system. An important priority for USCIB, the CBPR is a high-standard and enforceable privacy code of conduct that facilitates cross-border trade and ensures strong privacy protection of personal information. Philippines joins Australia, Canada, Chinese Taipei, Japan, the Republic of Korea, Mexico, Singapore and the United States in participating in the system.

Providing a boost to U.S. company participation in the CBPR, the United States secured the approval of Schellman & Co, LLC as its second Accountability Agent (AA). Schellman will join TrustArc, which heretofore has served as the only agent to independently assess and certify the compliance of U.S. companies under the CBPR and related APEC Privacy Recognition for Processors (PRP).

Singapore also was pleased to announced the appointment Infocomm Media Development Authority (IMDA) as its Accountability Agent, joining the United States and Japan, whose JIPDEC serves as its AA.

“A key takeaway from a U.S. government-organized workshop on August 18 focused on fostering AA participation was that the dearth of national AAs has hampered broader company participation in the CBPR,” noted Wanner.

Another important action item was that the some of the CBPR’s 50 program requirements, approved in 2011, need to be revised to better align with global privacy regimes.