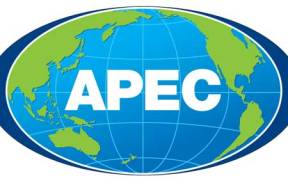 Prior to the February meeting in Indonesia of the APEC (Asia-Pacific Economic Cooperation) Committee on Trade and Investment, each of the lead representatives of the 21 member economies were urged by the International Chamber of Commerce (ICC), part of USCIB’s global network, to support work advancing advertising standards in the region.

USCIB is working with ICC and a range of U.S. business groups to present business views to APEC member economies throughout Indonesia’s host year.

ICC, a leading proponent of self-regulation in many spheres, maintains a highly regarded code on marketing and advertising, which is used as a model by self-regulatory authorities around the world. In a letter, ICC Secretary General Jean-Guy Carrier expressed global business support and ICC endorsement of an Australian-led initiative to develop common principles for advertising standards across APEC economies, with the aim of reducing technical trade barriers.

eferring to a report from a November 2012 dialogue in Vietnam, where government and industry participants issued recommendations, Carrier highlighted the importance of APEC support and follow-up on capacity building proposals to help economies getting started or wishing to further develop national standards to the ICC Code and the best practice model recommendations for self-regulation. Read more on ICC’s website.

On February 19, USCIB’s Marketing and Advertising Committee organized a call with the U.S. Trade Representative’s office and the ICC Marketing Commission to discuss self-regulation in advertising in the APEC area, and the possibility for capacity-building within APEC to promote effective self-regulation of advertising. Outcomes of the call included exploring a possible workshop on self-regulation during the Indonesia APEC year and reporting out to senior APEC officials on the ICC’s code.

This entry was posted in Business In Society and tagged APEC, Marketing and Advertising.
Modified on February 22, 2017
Posted on March 26, 2013