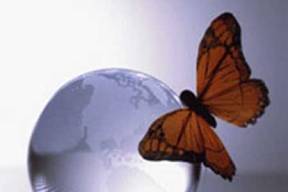 A group of business representatives from USCIB and the International Chamber of Commerce have joined the first session of the Intergovernmental Panel on Biodiversity and Eco-System Services (IPBES), which is being held this week in Bonn, Germany.

Inspired by the influential Intergovernmental Panel on Climate Change, this new UN body, involving over 100 countries and international governmental and non-governmental institutions, will bring together leading scientists with government representatives and other important societal interests to assess biodiversity and eco-system impacts and bring forward consensus scientific and economic reports. These findings are expected to provide a basis for decisions and priorities in major international environmental treaties, and to inform policy-making by national governments.

In a statement to the opening session on behalf of business groups attending the meeting, Norine Kennedy, USCIB’s vice president for environment and energy, said business “encourages IPBES to flag economic impacts, both positive and negative, relevant to biodiversity and eco-system services – for example, jobs, livelihoods, competitiveness.”

Kennedy said the potential contribution of the new forum would undoubtedly touch on critical investment and planning matters for companies across a range of sectors. She cited access to natural resources, valuation of cost-benefit analysis and the potential inclusion of business and industry research as important matters up for discussion by the panel.

The IPBES will include observers, such as non-governmental and business organizations, as partners in meetings and other aspects of the group’s work. Kennedy said business organizations will weigh next steps to ensure substantive and rigorous input that reflects industry expertise and realities. IPBES, which will now be headquartered in Bonn, will likely meet again at the end of 2013.

This entry was posted in Business In Society, Sustainable Development and tagged Environment.
Posted on January 21, 2013