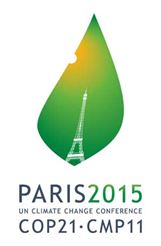 Continuing the march to COP21 in Paris, governments wrapped up two weeks of negotiations in Bonn, Germany yesterday under the UN Framework Convention on Climate Change. While that march has been at a snail’s pace, it has made some limited progress, according to Norine Kennedy, USCIB’s vice president for environment and energy, who took part in the talks.

“Negotiators were able move the draft negotiating text forward with a bit of streamlining,” Kennedy said. “But the contentious issues of finance, reduction commitments and the role of carbon markets remain and there is still a long way to go, with only 10 official negotiating days before the Paris Climate Conference.”  Business is watching discussions of technology closely, as well as emerging issues of liability for loss and damage due to climate change, and the role that markets will be allowed to play for countries meeting their reductions commitments.

The Bonn meeting, attended by over 4000 representatives of countries, the U.N., business and NGOs, was opened by France’s Foreign Minister, Laurent Fabius.  Governments are seeking to avoid a repeat of the collapse of the Copenhagen climate talks in 2009, and build a longer term durable agreement based on national pledges of greenhouse gas reductions and other actions.

Kennedy reports that, given the complexity of issues and multiple proposals, countries have now asked co-chairs of the negotiating process to speed up the pace, and to produce a “non paper” that would be a tool to move the text closer to the legal form needed for a binding agreement.

“Negotiators were asked to limit their comments to edits and restructuring, rather than substance,” according to Kennedy. “There was limited time dedicated to so-called cross-cutting issues, such as the legal form of the agreement, differentiation of commitments across countries, etc.”  Countries are showing increased interest in the role that non-state actors, such as cities and the private sector, can play in advancing climate action complementary to government implementation.

Business representatives from U.S., European, Japanese and international business organizations, including the International Chamber of Commerce (ICC), were invited to make statements during the course of the Bonn talks.  USCIB statements underscored the need for a recognized interface for business with the UNFCCCC. In addition to Kennedy, USCIB was represented by Nick Campbell (Arkema).

This entry was posted in News Stories, Sustainable Development and tagged Climate Change, Environment.
Modified on September 17, 2015
Posted on June 12, 2015