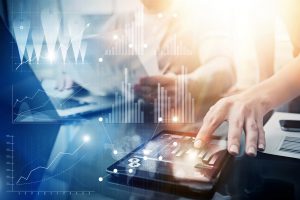 The World Customs Organization (WCO) has endorsed the launching of a pilot in 2018 of a digital ATA Carnet process! The eCarnet working group of the International Chamber of Commerce/World Chambers Federation (ICC/WCF) provided an update on the electronic Carnet (eCarnet) developments to the WCO’s eATA Carnet Working Group.

The group met at WCO headquarters in Brussels, Belgium on June 30.  The ICC/WCF advised it is moving, on schedule, into phase three of creating a digitized ATA Carnet system.  There will be a pilot project launched in 2018 to test the system and processes for an eCarnet.

ICC/WCF showcased its recently developed Mercury system, a centralized database system of key ATA Carnet data.  A digitized ATA Carnet will facilitate transactions, increase data security, reduce exceptions and improve administration.  Customs, Carnet holders, service providers and national guaranteeing associations, such as USCIB, will be more productive with a modernized export/import process for items moving under an ATA Carnet. More than 15 nations and the European Union expressed their support and welcomed this initiative.  Some countries displayed an eagerness to join the pilot project.

Andrew Shiles, USCIB’s new senior vice president of ATA Carnets and Trade Services, attended the WCO meeting and emphasized the large scale of business opportunities that ATA Carnets can provide for both small and large American enterprises. “It is exciting to be involved in such a dynamic time in the ATA Carnet industry,” said Shiles, adding that “We are truly making history by moving the ATA Carnet processes into the 21st century.  This means that billions of dollars worth of goods will move through efficient eATA Carnet processes resulting in jobs being created.”

The ATA Carnets are used by thousands of exporters around the world to get goods through customs quickly and easily. While the ATA Carnet is currently in force in 77 countries, Shiles is striving to see an expansion of even more countries.

ATA Carnets are internationally recognized customs documents that permit temporary duty-free, tax-free entry of qualified goods for up to one year. They are used widely to facilitate entry of goods for trade shows, product samples and professional equipment. “Astute business people utilize the unique tool of an ATA Carnet to promote their goods internationally where they can generate incremental sales, reduce handling costs and protect a company’s cash flow when it comes to international transportation,” noted Shiles.  “In fact, a company dealing with international sales may be missing out on a great opportunity if they if they are not using carnets,” he warned.

USCIB manages and guarantees the ATA Carnet system in the United States, with responsibility for issuing ATA Carnets falling to two outside service providers, Roanoke Trade and the Corporation for International Business. ATA Carnets are accepted in 77 countries and territories, while the global ATA systems are overseen by the WCO and the ICC. USCIB serves as ICC’s U.S. national guaranteeing association. For more information on ATA Carnets and the benefits they can provide for your business, please visit USCIB’s website.