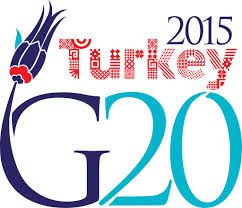 As the Turkish presidency moves to its final, decisive phase as this year’s G20 host country, the International Organization of Employers (IOE) and the Business and Industry Advisory Committee (BIAC) to the OECD have contributed extensively to B20 work on labor and employment.

On September 4-5, the G20 labor ministers will meet in Ankara, and on 15 and 16 November the G20 Leaders’ Summit will take place in Antalya. It is crucial the business recommendations are reflected in the outcome documents of these events. Ronnie Goldberg, USCIB’s senior counsel, will attend the labor ministerial in September.

Read the complete B20 Employment Recommendations.

While USCIB’s global network has already engaged in extensive advocacy work at G20 level, the recommendations also need to be reinforced vis-à-vis national governments well ahead of the G20 Labor Ministerial and Leaders’ Summit. Business leaders are urged to contact their governments and advocate for the uptake of these recommendations

As part of the B20/L20 (trade unions) work stream, the IOE will also sign a joint statement entitled “Jobs, Growth and Decent Work” during the Ankara B20 Conference calling on G20 governments to:

The B20/L20 fully endorse the IOE/BIAC/TISK–ITUC/TUAC projects on promoting in national seminars the joint understanding of quality apprenticeships to foster implementation, and on strengthening occupational safety and health (OSH) through supporting better implementation of standards through capacity building of the social partners on prevention, the creation of modern OSH frameworks and of a best practice data base.

The B20/L20 argue that business and labor must play a key role in the shaping of economic and social policy, committing themselves to realizing a project on a joint understanding of the effects of technological change on employment and skills. A Roundtable is being organised by B20/L20 in Ankara on September 5 on this topic. Representatives of ILO, OECD, the Chinese G20 presidency and the social partners will make key contributions to this high-level event.

This entry was posted in BIAC, IOE, News Stories and tagged Corporate Responsibility and Labor Affairs.
Posted on August 10, 2015