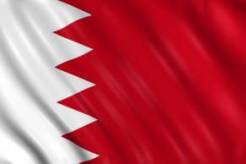 On June 1, Bahrain will begin accepting ATA Carnets, the international customs documents that allow goods to enter signatory countries and their territories tax- and duty-free for up to one year. The United States Council for International Business (USCIB) administers the Carnet system in the United States.

The United States has a strong trade relationship with Bahrain, which was cemented in 2006 with the signing of the U.S.-Bahrain Free Trade Agreement. “Though the FTA has nurtured the relationship between Bahrain and the United States, there is still room for additional growth, and the ATA Carnet will only encourage that growth,” according to Cynthia Duncan, USCIB’s senior vice president for trade services.

Though the FTA eliminated most customs duties between the two countries, it did not prevent the imposition of import taxes on U.S. goods entering Bahrain. As of June 1, the ATA Carnet will allow for both duty- and tax-free import and export for goods traveling on a temporary basis, from another ATA Carnet member country, for trade shows and exhibitions. Once orders are secured with the help of the ATA Carnet, these same exporters can then take advantage of the FTA incentives when the product is sent.

Since the signing of the U.S.-Bahrain FTA, bilateral trade has increased to more than $1.6 billion, as this agreement has allowed U.S. suppliers to be price-competitive in the region. Companies such as Harley-Davidson have eagerly taken advantage of new export opportunities under the FTA. The FTA has also created new opportunities for U.S. financial services, since Bahrain is a financial hub in the Middle East.

The two way trade of goods between the United States and Bahrain makes Bahrain one of our largest trading partners at $1.9 billion. The export of US goods in 2012 totaled $1.2 billion, giving the US a trade surplus with Bahrain of $508 million. “ATA Carnet implementation will only help continue to grow our trade relationship and specifically our exports to Bahrain,” said Duncan.