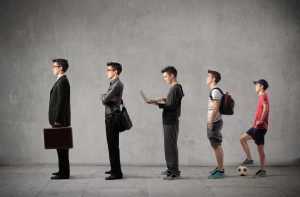 On October 10, 2017, USCIB gathered with the Global Apprenticeship Network (GAN), the New York City Mayor’s Office of Workforce Development, and representatives from the hospitality industry, including Marriott, Hilton, the American Hotel & Lodging Association and the National Restaurant Association, to discuss the future of apprenticeships in NYC. This informal meeting was a continuation of the July 20th Roundtable on Apprenticeships, where USCIB and GAN brought together the U.S. Department of Labor and over 20 industry representatives for a dialogue on current and potential apprenticeship programs throughout the U.S.

The most recent meeting served as an informative exchange of best practices and greatest challenges facing implementation of apprenticeships in New York City. The NYC Mayor’s Office of Workforce Development welcomed greater establishments of apprenticeships in the city, citing a recently published goal of establishing 100,000 good jobs in the city over the next 10 years, with each job generated through city action and paying $50,000 per year or more. Additionally, they emphasized their current work with local colleges for a greater focus on the work-based learning model that can better enable registered apprenticeships.

For a full summary of the meeting, including key final messages and next steps, please click here.