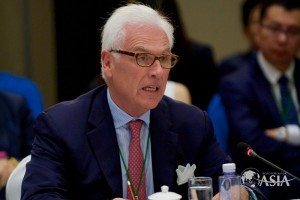 With less than six months to go to the 2016 G20 Summit, a special session of the Boao Forum for Asia brought together leaders from both business and government to discuss policy priorities to support growth and job creation.

Commenting at the roundtable on the strategic importance of this year’s G20 process, Danilovich said: “It’s vital that this year’s G20 process develops a comprehensive and credible strategy to reinvigorate trade and global growth… As business, we also look to the G20 to drive forward implementation of the landmark UN agreements which were forged last year on sustainable development and climate change.”

The roundtable explored recommendations being developed by the five B20 task forces on trade and investment, infrastructure, employment, financing and small business (SME) development. The issue of SME growth remains a particular priority for ICC’s global outreach, building on engagement throughout last year’s B20 process which lead to the creation of the World SME Forum.

Read more from ICC
This entry was posted in ICC, News Stories and tagged China, Trade and Investment.
Posted on March 24, 2016