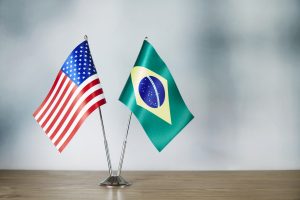 According to USCIB Director for Investment, Trade and China Alice Slayton Clark, Brazil is currently undertaking significant regulatory reform consistent with OECD guidelines, such as Recommendations of the Council on Regulatory Policy and Governance. Ministry of Economy Program Director Kelvia Frota de Albuquerque noted recent actions toward that end, including Decree 10,411 that makes regulatory impact analysis (RIA) mandatory for all significant regulations, which identifies the regulatory problem and assesses available alternatives to direct regulation. The decree was issued pursuant to the Regulatory Agencies Law and the Economic Free Law of 2019, coming into force with respect to the Ministry of Economy this past April, and will apply to other federal administrative bodies on October 14, 2021.

It is part of a whole-of-government effort to harmonize and streamline regulatory functions, according to Frota de Albuquerque. A restructuring of licensing and permitting throughout the country at the regional, municipal and local levels will require a significant cultural shift, high-level intervention from the Ministry of Economy and significant capacity building, data management, stakeholder engagement and ex-post analysis.

“Regulatory reform in Brazil is catalyzed not only by its quest for OECD accession but by regulatory commitments it will undertake when it ratifies the Protocol Relating to Trade Rules and Transparency signed in October 2020, updating the U.S.-Brazil Agreement on Trade and Economic Cooperation,” said Clark.

Deputy Assistant U.S. Trade Representative for Latin America Courtney Smothers said that she hopes other workstreams will also inspire progress, including reforms advanced through the World Trade Organization (WTO) Technical Barriers to Trade (TBT) Committee, the U.S.-Brazil regulator-to-regulator dialogue, the Brazil-U.S. CEO forum and regional avenues, such as the Summit of the Americas.

The Roundtable discussions are a private sector collaboration led by the USCIB, the U.S. Chamber of Commerce’s Brazil-U.S. Business Council and the Brazil National Confederation of Industry (CNI). Additional roundtable discussions will be held throughout 2021, covering investment and trade, tax, environment and sustainable development, innovation and intellectual property. Digital issues were discussed at the March Roundtable earlier this year.