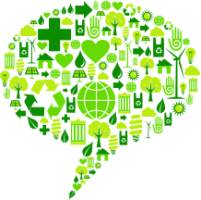 In the wake of the U.S. presidential elections – as well as Hurricane Sandy – possibilities for meaningful progress in the upcoming UN climate negotiations may be gaining momentum. The business community is hopeful that this momentum will lead governments, whose negotiators will meet for two weeks in Doha, Qatar at the end of this month, to focus on pragmatic, cost-effective and inclusive action, with the active engagement of the private sector.

The talks will take place at the 18th Conference of the Parties to the UN Framework Convention on Climate Change, or COP18 for short.  According to USCIB Vice President Norine Kennedy, who will join a sizeable business delegation to the talks, COP18 offers an opportunity to learn from the sub-optimal 1997 Kyoto Protocol, whose commitments technically expire at the end of this year. The shape and scope of a successor agreement to Kyoto has dominated discussion in the UN for more than a decade.

USCIB and our private-sector allies will encourage governments in Qatar to lay the foundation for a comprehensive and long-term post-2020 agreement that draws on business expertise and investment to address climate change risks and advance energy security and sustainable development.

“While lingering economic challenges are still all too evident, they should not be regarded as an insurmountable obstacle,” said Kennedy. “Instead, they are a powerful motivation to act with prudence, and identify priorities for cost-effective actions that best marshal limited resources.  Mobilizing private-sector investment is paramount, and including the business community in substantive discussions in Doha and thereafter will smooth and speed progress.”

Kennedy said the next steps in the UN climate process should be as “global” as possible, rather than the two-tier approach based on lists of developed and developing countries  attempted via Kyoto, which is widely seen as no longer reflecting current development and economic realities. Comprehensive and economy-wide approaches will avoid competitiveness distortions that have bedeviled some climate-change market mechanisms, such as the impact of EU emissions trading on the aviation industry.

On the middle Sunday of COP18 (December 2), USCIB and its partners in the Major Economies Business Forum (BizMEF), which encompasses leading industry groups from the largest (and hence highest-emitting) economies, will organize a public-private sector roundtable. The event aims to showcase the importance of business engagement in the UN talks as they move forward, and to promote win/win solutions as negotiators seek to map out ambitious steps to reduce greenhouse gases and prepare for shifts in climate.

“Global markets and the multilateral trading system are important vehicles for the deployment of investment and new technologies by the private sector,” Kennedy observes. “These systems function best with a variety of essential enabling frameworks, including the rule of law, the honoring of contracts, impartial judicial systems, stable fiscal and policy regimes, protection of intellectual property, and of course a fundamental commitment to free and open markets.”

Kennedy said business would draw a clear “line in the sand” on the issue of IP rights, which are indispensable for technology research, development and commercial adoption. Negotiators at COP18 should avoid any weakening of IP protection, she said. Business in Doha will argue that innovation and global deployment of cost-effective and efficient low-emission technologies are essential to effectively address climate change, to maintain competitiveness, and to provide necessary incentives for investment, growth and employment.

“As those of us in the Northeast United States continue to struggle with the aftermath of Hurricane Sandy, we are reminded of the importance of adaptation and preparedness,” Kennedy said. “These are not matters for developing countries alone. Energy infrastructure, transportation and economic impacts are critical considerations in richer countries too. Agreements at Doha and beyond should work to pave the way for practical actions that reduce the risk and enhance capacity and resilience, both in anticipation of  sudden extreme weather events and in advance of  more gradual changes impacting agriculture, energy access and water security. “

This entry was posted in Business In Society, Sustainable Development and tagged Environment.
Posted on November 19, 2012