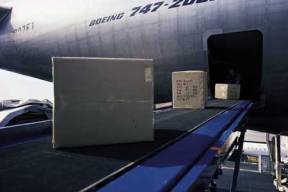 New York, N.Y., March 8, 2013 – The United States Council for International Business (USCIB) endorsed new bills in the U.S. Senate and U.S. House of Representatives that would raise the minimum value at which customs duties are imposed on imported goods, calling the legislation a potential boon to companies both large and small.

“Raising the customs duty threshold will help companies of all sizes, but small and medium-sized businesses in particular,” said USCIB President and CEO Peter M. Robinson. “Reducing the cost of inputs from overseas can do a lot to boost a smaller company’s competitiveness. From our SME clients who use USCIB’s trade services, we understand just how far every dollar is stretched these days.”

The Low Value Shipment Regulatory Modernization Act of 2013, S. ­489, was introduced on March 7 by Senators Ron Wyden (D. – Or.) and John Thune (R. – S.D.).  It would raise the “de minimis” value, which is the monetary value below which shipments entering the United States are free from tariffs, taxes or formal customs procedures, to $800 from the current level of $200.  In the House of Representatives, Rep. Aaron Schock (R. – Ill.), Rep. Joseph Crowley (D. – N.Y.) and Rep. William Owens (D. – N.Y.) introduced identical legislation, H.R. 1020, on March 6.

Robinson said USCIB is encouraging the Senate Finance Committee to include its language in the much-anticipated Customs Reauthorization Bill, expected to be introduced during the 113th Congress. The House Subcommittee on Trade has already released two draft customs bills, the Customs Trade Facilitation and Enforcement Act (H.R. 6642), introduced by Rep. Kevin Brady (R – Tex.) and the Customs Enhanced Enforcement and Trade Facilitation Act (H.R. 6656), introduced by Rep. Jim McDermott (D – Wa.), both of which include an identical provision that would raise the de minimis value to $800.

In addition to promoting faster border clearance for low-value shipments, a higher de minimis level would allow customs officers-ud-736-UD-736 to focus enforcement efforts on urgent priorities like ensuring product safety and protecting intellectual property. It would also benefit small businesses by reducing the burden associated with importing low-value goods as well as international retail returns. Furthermore, the legislation would have no impact on security, since all shipments entering the United States undergo a security review regardless of value.

“Any business that uses the Internet, even a very small business, can become a global business,” said Brian Bieron, senior director of global public policy with eBay Inc. “The Thune-Wyden bill and Schock-Crowley-Owens bill to increase the de minimus tariff threshold represent a concrete step by the United States to reduce barriers to small business commerce, and should be a model for other countries to follow.”

About USCIB:
USCIB promotes open markets, competitiveness and innovation, sustainable development and corporate responsibility, supported by international engagement and regulatory coherence.  Its members include U.S.-based global companies and professional services firms from every sector of our economy, with operations in every region of the world.  With a unique global network encompassing leading international business organizations, USCIB provides business views to policy makers and regulatory authorities worldwide, and works to facilitate international trade and investment.  More information is available at www.uscib.org.

This entry was posted in ATA Carnet. Bookmark the permalink.
Modified on February 6, 2015
Posted on March 8, 2013