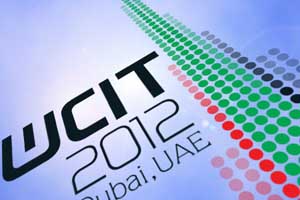 New York, N.Y., December 17, 2012 – The United States Council for International Business (USCIB) expressed disappointment at the outcome of the World Conference on International Telecommunications (WCIT). The UN gathering in Dubai split, with the United States and many other countries rejecting a proposed treaty on global telecom policy, which was viewed by many as seeking to extend government authority and management over the Internet.

“Like everyone else, I am disappointed with the outcome of the WCIT negotiations,” stated David Gross, partner with Wiley Rein and chair of USCIB’s Committee on Information, Communications and Technology, who attended WCIT as part of the U.S. delegation. “However, I am encouraged that the world recognizes the vital importance of international telecommunications and the Internet in providing social, cultural and economic benefits to everyone.”

The WCIT conference was organized by the UN’s International Telecommunications Union (ITU), which allocates global radio spectrum and develops technical standards in interconnection of telecom networks and technologies. The ITU last updated its major governing treaties in 1988, before widespread use of the Internet.

“No single organization or government should attempt to control the Internet or dictate its future development,” stated Ambassador Terry Kramer, the lead U.S. negotiator. “We are resolute on this.” He said there were disagreements among participants over government regulation of Internet companies, the regulation of content such as spam, and whether the ITU should set rules on cybersecurity, among other things.

“The entire U.S. delegation, including Ambassador Kramer and the team of government officials and representatives of civil society, academia, and industry, did a spectacularly good job,” said Gross.

According to Barbara Wanner, USCIB’s vice president of information, communications and technology policy, the group and its business members will take stock of the outcome at WCIT and will evaluate appropriate recommendations on how best to move forward.

“This is indeed a disappointing outcome, but we are gratified that the United States and other countries recognized the paramount importance of maintaining a vibrant and open global Internet,” she said.

USCIB promotes open markets, competitiveness and innovation, sustainable development and corporate responsibility, supported by international engagement and regulatory coherence.  Its members include U.S.-based global companies and professional services firms from every sector of our economy, with operations in every region of the world.  With a unique global network encompassing leading international business organizations, USCIB provides business views to policy makers and regulatory authorities worldwide, and works to facilitate international trade and investment. More at www.uscib.org.

This entry was posted in Competitiveness and Innovation, Press Release and tagged Information Communications and Technology.
Posted on December 17, 2012