The United States Council for International Business (USCIB) will be representing American business interests at the 2014 United Nations Climate Change Conference, host to the 20th session of the Conference of the Parties (COP20) of the UN Framework Convention on Climate Change (UNFCC), in Lima, Peru, from December 1-12, 2014.

As governments in Lima begin work on a long-term UN climate change framework in the lead-up to a final climate agreement in Paris next year, U.S. business sees an opportunity to design international climate cooperation that works with markets to deploy investment and innovation, and to encourage companies in all sectors to integrate climate mitigation and adaptation into their activities and supply value chains.

USCIB President and CEO Peter Robinson and Norine Kennedy, vice president for strategic international engagement, energy and the environment, will be in Peru for the COP20 meetings. USCIB is the American affiliate of the International Chamber of Commerce (ICC), and is actively supporting ICC’s presence in Lima throughout COP20.

USCIB is also a member of the Major Economies Business Forum on Energy Security and Climate Change (BizMEF), which comprises national and regional business organizations representing millions of companies all over the world. BizMEF members have participated in and shared views and meetings of the UNFCCC since COP15 in Copenhagen in 2009.

The post-2020 climate agreement to be signed in Paris must provide a clear framework for international cooperative action, committing all large economies to the measurement, monitoring and reporting of pledged activities to control and reduce greenhouse gas emissions, such as those announced by China and the U.S. recently. For such national pledges to work in the Paris timeframe, Lima needs to reach agreement on credible measuring, reporting and verification for all national commitments to ensure transparency and assess progress going forward. 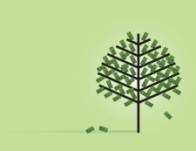 The UN’s Green Climate Fund, designed to finance the international community’s efforts to combat climate change, is on track to reach its initial $10 billion capitalization target. But going from $10 billion to the $100 billion or more needed to advance climate change objectives depends on the mobilization of private investment and innovation. Lima must set the stage for a 2015 Paris agreement with measures that foster business investment as well as government aid aimed at reducing greenhouse gas emissions and adjusting to climate impacts.

With so much riding on economy-wide transformational change that will rely on the private sector, the Paris agreement must move to anchor the role of business in the UN climate negotiations. Given the wide impact that a UN agreement will have on markets, regulations and national competitiveness, an agreed structure is needed to provide business expertise and support to the process. This will be the focus of a special side event to be held on the middle Sunday in Lima.

USCIB President and CEO Peter Robinson is quoted in this Financial Times article:

“We want to find an opportunity where we are more inside the tent than on the sidelines,” said Peter Robinson chief executive of the US Council for International Business. He added businesses should be “co-parties” in the talks, not mere observers. “If a global agreement on climate change doesn’t work for and with businesses, it just won’t work,” he said.”

USCIB has signed on to several letters and policy recommendations relevant to COP20, including:

This entry was posted in Business In Society, Communication Department, Latest from USCIB, Policy Areas, Sustainable Development and tagged Environment.
Modified on February 19, 2015
Posted on December 1, 2014