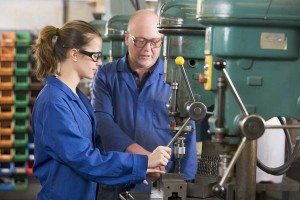 Leading governments and business organizations are redoubling their efforts to boost employment opportunities worldwide. On November 2 in Geneva, Linda Kromjong, secretary general of the International Organization of Employers (IOE), and Phil O’Reilly, chairman of Business at OECD (BIAC), attended an informal meeting of the G20 Employment Working Group.

That same day, USCIB president and CEO Peter Robinson took part in the inaugural meeting of the B20 (Business 20) Task Force on Employment and Education, of which he serves as a vice chair. The task force is chaired by Gerhard Braun, vice chairman of the German Employers Federation BDA. Key issues for Robinson in the task force include adapting to the future of work‎ and addressing youth unemployment.

In her remarks to the G20 working group, Kromjong highlighted the fresh approach that had been taken by China, during its year in the rotating G20 presidency, to rising global unemployment by focusing on innovation and entrepreneurship. She underscored that a number of important initiatives of the Chinese presidency, such as the G20 Apprenticeships Initiative and the G20 Structural Reform Agenda, have the potential to contribute to more dynamic labor markets.

O’Reilly commended the upcoming German G20 presidency on its plans to closely engage with social partners, including the business community. He said business supports many of the ambitious agenda items of the German presidency and that it is exciting that the “future of work” has been put on the G20 agenda.