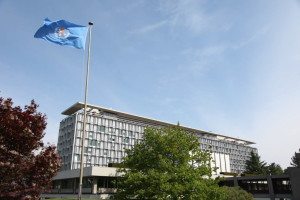 The World Health Organization (WHO), the United Nations public health arm, is updating its procedures for working with non-governmental and business interests. USCIB has followed these deliberations for the past year and has offered recommendations that argue for consistent treatment of all constituencies, without discrimination against private sector entities, and that enable public-private partnerships.

The sheer scale of world health challenges requires all stakeholders to be actively involved in addressing public health challenges. However, USCIB and other associations have expressed concern that the some proposals relating to these WHO procedures could further limit the WHO’s ability to fully benefit from the private sector’s practical expertise, resources and research.

On May 14, USCIB and five other business associations signed a letter to U.S. cabinet officials at the Department of State and the Department of Health and Human Services stating concern “about proposals on the table that could unjustifiably restrict the WHO’s ability to engage with the private sector in support of its mission.”

The signatories urged the United States to ensure that the WHO adopts a framework that applies equally to all stakeholders, and that allows the organization to benefit from resources wherever they reside.

“If the WHO adopts a framework that improperly excludes or unjustifiably restricts engagement with the private sector, it will not only endanger the WHO’s own credibility and functioning but also set a damaging precedent that could discourage ongoing public-private partnerships and private sector involvement in other international fora,” the letter stated.

Norine Kennedy, USCIB’s vice president for international engagement, energy and environment, added: “In an era where health crises have become increasingly international, such as the recent Ebola outbreak, the WHO should make full use of its leadership and resources by pursuing global health responses through multi-stakeholder initiatives in which the private sector has a vital role going forward.”

This entry was posted in Business In Society, Competitiveness and Innovation, News Stories, Sustainable Development and tagged Food and Agriculture, Health Care.
Posted on May 15, 2015