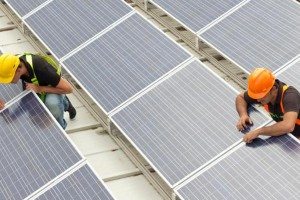 As negotiations on an ambitious international climate agreement are underway in Paris this week, on December 1, the Coalition for Green Trade – of which USCIB is a co-chair – published a global industry letter calling for swift progress on the World Trade Organization’s Environmental Goods Agreement (EGA) ahead of the 10th WTO Ministerial Conference in Nairobi, Kenya later this month.

The EGA would eliminate tariffs on environmental goods and services, such as wind turbines, water treatment filters, and solar water heaters. Liberalizing trade on environmental goods would improve access to the technologies necessary for green growth. Negotiations on the EGA began in July 2014 among 13 economies and the European Union. Since then three more countries joined the agreement – Iceland, Israel and Turkey.

“Industries across the globe strongly endorse efforts to negotiate an EGA that is commercially significant, negotiated in a timely fashion, implementable and adequately flexible to accommodate and adjust to innovation,” stated the letter, signed by nearly 60 business organizations. “To this end, we call on negotiators to make substantial progress towards an ambitious outcome by the 10th Ministerial Conference of the WTO to be held in Nairobi, Kenya from 15 to 18 December 2015.”

The letter comes as trade officials gather in Geneva this week to negotiate an outcome ahead of the upcoming WTO ministerial.”  As negotiations move forward, USCIB and other associations will continue to an ambitious, high-standard, and forward-looking agreement.

This entry was posted in Growth, Jobs and Open Markets, News Stories, Sustainable Development and tagged Environment, Trade and Investment.
Posted on December 3, 2015