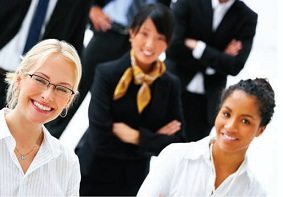 The International Chamber of Commerce (ICC) Secretary General John Danilovich has urged businesses and governments to step up efforts to engage women more fully in the workforce, particularly in leadership positions.

Danilovich told business, government and university representatives gathered in Sydney that despite making up over half of the world’s population, women’s contribution to measured economic activity was far below its potential.

“There is a huge unrealized economic opportunity,” said Danilovich. “Given the need for effective solutions to sustain global growth, it is both economically and socially necessary to tap into the skills and talent of women that are currently underutilized or left out of the labour force altogether. Since 812 million of the 865 million women worldwide who have the potential to contribute more fully to their economies live in the developing world, this is especially necessary for emerging and developing nations, since.”

The new ICC Secretary General was speaking at an event called “Women’s Empowerment Principles: Equality Means Business”, organized by the Australian Chamber of Commerce and Industry alongside this week’s B20 summit for business leaders from Australia and across the G20 member countries.

This entry was posted in Business In Society, ICC, Latest from USCIB and tagged Gender.
Modified on April 25, 2017
Posted on July 16, 2014