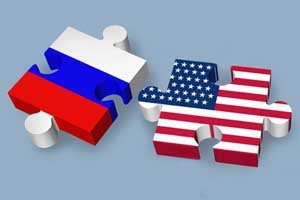 Last week, USCIB and other top business associations joined in pressing top Congressional leadership to swiftly pass legislation that would enable U.S. firms to compete on an equal footing in Russia as that country joins the World Trade Organization.

“This legislation, which is the top trade priority for the business community this year, is needed to give U.S. manufacturers, farmers, and service providers a fair chance to compete and sell more of their goods and services to Russia,” stated the letter signed by USCIB President and CEO Peter M. Robinson and the nine other business association heads.

Underscoring that Russia is now a WTO member as of August 22, the business leaders stressed that, “more than 150 WTO countries – except the United States – can now fully benefit from much better access to the Russian marketplace and important new WTO rights, including stronger IP protections, greater transparency, and recourse to the WTO’s dispute settlement procedures if Russia fails to meet its commitments.”

By contrast, they noted, “the United States will not have the same WTO rights and economic opportunities until Congress passes Russia PNTR.  This creates business uncertainty for U.S. companies seeking to expand in the Russian market and also gives foreign competitors a significant advantage in securing new sales and contracts there.”

This entry was posted in Growth, Jobs and Open Markets, Latest from USCIB and tagged Emerging Markets, Trade and Investment.
Modified on January 27, 2015
Posted on September 10, 2012