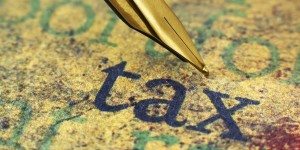 Over 75 participants attended the Business and Industry Advisory Committee (BIAC) to the OECD Committee on Taxation and Fiscal Policy meeting on April 6. Representatives from the OECD’s Centre for Tax Policy and Administration gave members an insight into future work on the Base Erosion and Profit Shifting (BEPS) agenda and took note of considerable business concerns regarding BEPS implementation. BIAC remains engaged in the ongoing BEPS work at the OECD and in particular the implementation of BEPS measures at the national level.

In a letter to the European Commissioner for Economic and Financial Affairs, Taxation and Customs, BIAC expressed concerns about the European Anti-Tax Avoidance Directive, some elements of which are inconsistent with the consensus recommendations reached at the OECD and risk the further fragmentation of the international tax system. Additionally, a new BIAC working group has been formed to consider how business can advocate on the issue of Country-by-Country reporting implementation.

This entry was posted in BIAC, Competitiveness and Innovation, News Stories and tagged Taxation.
Modified on November 17, 2020
Posted on June 1, 2016