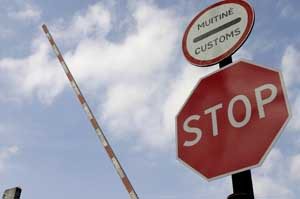 New York, N.Y., September 24, 2012 – The United States Council for International Business (USCIB) has joined 27 companies and business associations in applauding a new bill in the U.S. Senate that would raise the minimum value at which customs duties are imposed on imported goods, calling it a major step forward that would facilitate trade, and a boon to both large and small companies.

The bill, S. 3597, was introduced on September 20 by Senators John Thune (R. – S.D.) and Ron Wyden (D. – Or.).  It would raise the “de minimis” value, which is the monetary value below which shipments entering the United States are free from tariffs, taxes or formal customs procedures, to $800 from the current level of $200.

“Raising de miminis levels helps foster trade, and the jobs that come with it,” stated USCIB President and CEO Peter M. Robinson. “This bill clearly deserves strong support on its own merits, but we are especially pleased at the timing. It will reinforce efforts to raise de minimis levels overseas, something we are actively pursuing through the APEC forum and other channels.” He noted that de minimis levels abroad were sometimes even lower than the current U.S. level.

In their statement, the business groups noted that, in addition to promoting faster border clearance for low-value shipments, a higher de minimis level would allow customs officers-ud-736-UD-736 to focus enforcement efforts on urgent priorities like ensuring product safety and protecting intellectual property. It would also benefit small businesses by reducing the burden associated with importing low-value goods as well as international retail returns. Furthermore, the legislation would have no impact on security, since all shipments entering the United States undergo a security review regardless of value.

The U.S. de minimis level has been held at $200 for nearly 20 years, while the Consumer Price Index has risen some 60 percent over that same period. A companion bill in the House of Representatives, introduced by Rep. Aaron Schock (R. – Ill.), has garnered the support of 142 other legislators from both sides of the aisle.

USCIB promotes open markets, competitiveness and innovation, sustainable development and corporate responsibility, supported by international engagement and regulatory coherence.  Its members include U.S.-based global companies and professional services firms from every sector of our economy, with operations in every region of the world.  With a unique global network encompassing leading international business organizations, USCIB provides business views to policy makers and regulatory authorities worldwide, and works to facilitate international trade and investment.  More information is available at www.uscib.org.

This entry was posted in Growth, Jobs and Open Markets, Press Release and tagged Customs and Trade Facilitation, Trade and Investment.
Posted on September 24, 2012