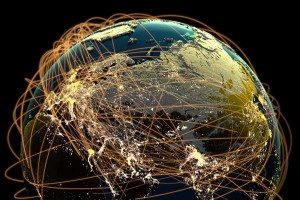 Eight major business groups — including USCIB, Japan’s Keidanren and ICC Mexico — released a joint statement calling on all Asia Pacific Economic Cooperation (APEC) economies to expand participation in the APEC Cross-Border Privacy Rules (CBPR) system. An important priority for USCIB, the CBPR is a high-standard and enforceable privacy code of conduct that facilitates cross-border trade and ensures strong privacy protection of personal information. The statement commended the work done by policy makers in promoting the CBPR system, and urged the 21 APEC economies to commit to the system during 2017.

CBPRs are based on the internationally respected APEC Privacy Framework and endorsed by APEC Leaders since 2011. They are an interoperable, enforceable, and high-standard privacy code of conduct that facilitates cross-border trade of goods and services and ensures that strong privacy protection will follow personal information across the Asia-Pacific region. By creating a certification system that bridges the privacy regimes of each participating economy in a cost-effective and scalable way, the CBPRs allow participating companies to focus their time and resources on innovating, serving customers, and pursuing their business objectives.

USCIB President and CEO Peter Robinson attended the annual APEC CEO summit and various side events alongside USCIB Vice President Helen Medina. Robinson featured the joint statement in his meetings with US government officials, as well as other APEC government representatives on the sidelines of the recent APEC Leaders meeting in Lima, Peru. “We applaud the support that APEC Leaders and Ministers have demonstrated towards expanding participation in the CBPRs. We believe this reaffirms both APEC’s recognition of the importance of data flows to trade and investment in the region and its commitment to building bridges between national privacy regulatory regimes. We see great potential for the CBPRs to serve as a platform for a truly global system of interoperable and robust privacy protection,” noted Robinson. USCIB members certified under the CBPR include Apple Inc., Cisco Systems, Hewlett-Packard Enterprise, HP Inc., IBM, and Merck and Co., Inc.

The CBPRs signal to governments in the Asia-Pacific and in other parts of the world that mutual cooperation between like-minded economies can serve as a rational, effective international approach to high-standard privacy and data protection, without requiring data to be stored, managed, or otherwise processed locally or prohibiting data transfers to other markets.

The next meeting of APEC’s Data Privacy Subgroup, which developed the CBPR framework and continues to oversee its implementation, will be held in 2017 in Vietnam. USCIB will work with APEC member economies to support these commitments and raise awareness with officials and stakeholders on the benefits of CBPRs, increasing participation and helping APEC economies set the standard for how to do privacy right globally.