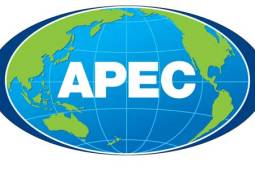 New York, N.Y., October 2, 2013 – As leaders of the Asia-Pacific Economic Cooperation (APEC) economies get set to meet in Bali, Indonesia, a key pro-trade business group urged a number of concrete steps to free up trade and facilitate business in this fast-growing region.

The United States Council for International Business (USCIB) issued a comprehensive paper with priority issues and recommendations for APEC in 2014, when the group’s rotating host duties pass to China.

“APEC’s importance for U.S. and global business is growing,” said USCIB President and CEO Peter Robinson, who will be part of the business delegation to the Bali summit, which takes place October 5 to 7. “We are recommending a number of steps leaders can take to help ensure the region remains a center for growth and innovation.”

USCIB said several current or prospective APEC projects offer special promise to smooth trade relations among the economies. These include:

The business group is also urging APEC’s 21 member economies to undertake new work to address localization barriers to trade, and to work toward the elimination of barriers to trade in digital services and products. The USCIB paper, which is issued annually, covers more than 20 separate issue areas. USCIB said its member companies would be closely engaged throughout China’s host year.

Robinson said the business community would push for progress on the Trans-Pacific Partnership (TPP) when trade ministers from the 12 TPP parties meet on the sidelines of the Bali summit. “We want a strong, comprehensive TPP agreement, with no carve-outs of issues or sectors, and which includes key provisions on forced localization and dispute settlement,” he stated.

Looking at the global trading system, Robinson said business would also encourage APEC members to work together in the World Trade Organization (WTO) to open global markets to trade, especially through a potential trade facilitation agreement that will be on the table at the WTO’s own Bali ministerial in December.

This entry was posted in Growth, Jobs and Open Markets, Press Release, Trans-Pacific Partnership and tagged APEC.
Modified on November 8, 2016
Posted on October 2, 2013