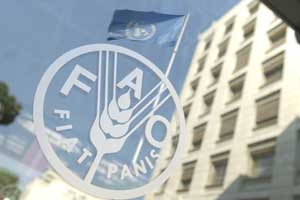 USCIB is participating in preparatory meetings for the Second International Conference on Nutrition (ICN2), which will take place in the fall of 2014, at the UN Food and Agriculture Organization’s headquarters in Rome. The conference will be convened by FAO and the World Health Organization. Helen Medina, USCIB’s senior director for product policy and innovation, sends along the following report from the field.

During the meetings, delegates discussed the lessons learned from implementing nutrition-enhancing policies for the food system, economic development and poverty alleviation. They further debated which policies should be implemented to advance nutrition goals and address challenges such as malnutrition, “over-nutrition,” and non-communicable diseases – including those related to obesity – that are impacting countries at various stages of development.

Medina and other business representatives have met with government delegates from Brazil, Canada, Germany, Netherlands, the United Kingdom and the United States, as well as with David Nabarro, the UN’s special representative on food security. The core business message underscores the private sector’s know-how in the areas of innovation, science and technology, as well as good production and management practices. This expertise can increasingly be harnessed through effective partnerships with research institutions, farmers, policymakers and civil society.

Furthermore, the private sector plays a critical role in further strengthening markets, economic growth and livelihoods, Medina said. While private-sector involvement is key, there is also a need for government collaboration, particularly in helping ensure greater policy coherence, such as reducing barriers to trade.

Initially, USCIB and other business groups were only invited to the first two days of preparatory meetings, but not to the closing session, which takes place today. However, several government delegates and civil society representatives expressed concern at this decision, saying the meeting needed to be inclusive and transparent during the plenary sessions and the overall process.

Medina said many delegates, including those from the Netherlands and Germany, emphasized that a multi-stakeholder approach – including the private sector and civil society – is needed to deal with today’s nutrition challenges, and that these groups should not be excluded from any part of the ICN2 technical discussion or any further talks on the subject.

In response to this strong reaction from the member countries in support for all stakeholders to be included, FAO and WHO reversed their decision and announced Thursday evening that all stakeholders would be able to take part in final discussions to prepare for ICN2.

As business representatives got ready to deliver a statement to the final day of discussions, Medina said the private sector applauded the decision. She said business has worked throughout the meetings to press for ICN2 organizers to develop mechanisms for the private sector to work with other stakeholders to map out a “farm to fork food system,” and to identify ways the private sector can utilize its tools, capabilities and expertise to contribute to advancing global nutrition.

Medina reports that the conference concluded today with a commitment by the FAO and WHO to propose a roadmap leading to ICN2 in November 2014 that will be inclusive of all stakeholders.

The Rome meeting, which had the overall goal of preparing for ICN2 next year, reaffirmed the following:

Steps that can be taken at the national and local level include:

Outcomes of the meeting:

This entry was posted in Competitiveness and Innovation, Policy Areas, Sustainable Development and tagged Food and Agriculture.
Posted on November 15, 2013