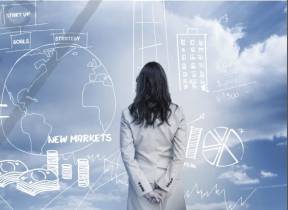 The global economy has much to gain from the full empowerment of women. As arguably the world’s most underutilized resource, women are essential to increasing economic growth, establishing more just societies, improving quality of life for families and communities and boosting the profitability of enterprises.

Around the world, too many laws still discriminate on the basis of gender, with dramatic consequences on women’s ability to contribute to economic growth. To address these injustices, USCIB partnered with the United Nations Global Compact, the International Chamber of Commerce, the Business and Industry Advisory Committee to the OECD, the International Labor Organization, the World Bank Group and other organizations to “call upon Governments from around the world to bring down legal barriers restricting economic opportunities for women, and by doing so, help create an enabling environment for inclusive economic growth.”

The call to action was publicly launched on Saturday September 26 at the Private Sector Forum held during the UN General Assembly, the day after the UN Sustainable Development Goals were launched.  A number of USCIB companies are actively involved in initiatives to fulfill Goal 5 of the SDGs, which is focused on empowering women and several others have taken a lead role in the UN Global Compact’s “Business for Rule of Law” initiative and other rule of law promotion activities.

USCIB has been active on women’s empowerment for some time. In March, USCIB co-organized an event titled “Bringing Down the Barriers: Women, Business and the Rule of Law,” held in parallel with the UN meeting of the Commission on the Status of Women (CWS) and in support of the 2014 World Bank report on Women, Business and the Law, which evaluated the economic impacts of gender discrimination laws across the world. USCIB has also taken a lead role in authoring a number of reports with BIAC for the OECD’s work on empowering women.

Read more: Putting ALL Our Minds to Work: Women and Entrepreneurship

This entry was posted in Business In Society, News Stories and tagged Corporate Responsibility and Labor Affairs, Gender.
Posted on September 28, 2015