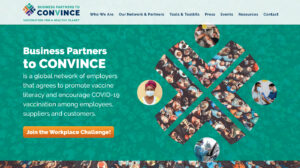 Business Partners to CONVINCE is a global network of employers that agree to promote vaccine literacy and encourage COVID-19 vaccination among employees, suppliers, and customers. 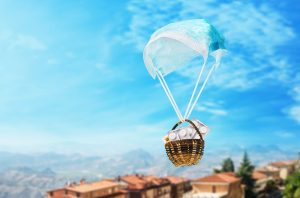 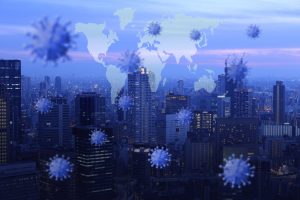 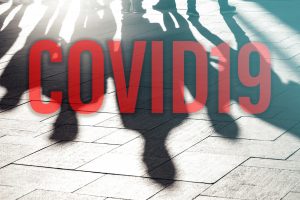 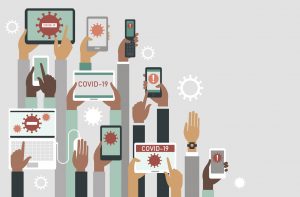 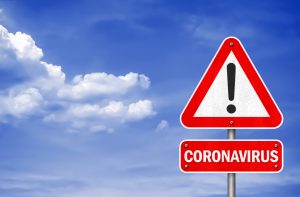 From our CEO & President 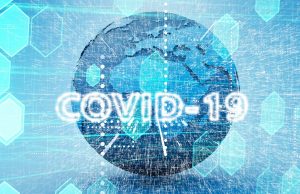 USCIB partnered with the International Chamber of Commerce (ICC) and the International Organization of Employers (IOE) to convene the first ‘All In’ Roundtable on Inclusive Multilateralism, Sustainable Development Goals (SDGs) and Business. USCIB’s ‘All In” Initiative seeks to launch a global conversation on how to strengthen dialogue, partnership and engagement with business to advance implementation of 2015 outcomes.

Over fifty participants from Geneva-based diplomatic missions, UN bodies, NGOs and business joined the event, including:

Expert panelists from the World Intellectual Property Organization (WIPO),UNICEF, the International Union for the Conservation of Nature (IUCN), the UN Global Compact and the Partnering Initiative reflected on two themes that were raised in All In Discussion Starter papers:

– Public Private Partnerships with the UN – Designing for SDG impact

“The event highlighted the diverse variety of working arrangements to engage with non-state actors and the private sector,” said USCIB Vice President for Strategic International Engagement, Environment and Energy Norine Kennedy. “Through the “All In” initiative USCIB will draw on its long experience in the multilateral system to highlight what has worked well and to flag areas where further partnership, improvement and strengthening are needed to speed up and scale SDG impact. “

Further ‘All In’ roundtables are planned for Bangkok and other UN cities, on additional themes, including metrics for impact, infrastructure investment for SDG action and economic empowerment and inclusion. Based on this series of discussions throughout 2019, ‘All In’ will develop a 2020 Action Plan for Inclusive Multilateralism.

The ‘All In’ roundtable took place in conjunction with USCIB’s second annual Geneva Week, May 6-9.

USCIB President and CEO Peter Robinson was in Japan the week of March 11 for the B20 Summit, alongside other business leaders such as John Denton, secretary general and Paul Polman, chair of the International Chamber of Commerce, Phil O’Reilly, chair and Russell Mills, secretary general of Business at OECD, as well as Erol Kiresepi, chairman of the International Organization of Employers.

Robinson spoke on a panel titled, “Global Economy for All: International Cooperation for Global Governance.” In his remarks, Robinson proposed looking at international cooperation from two perspectives: strengthening global institutions and rules, while also encouraging bottom-up approaches and a general spirit of cooperation, rather than confrontation, in international economic relations.

“For the foreseeable future, we will need to accept that many electorates and governments view the world through a more nationalistic, mercantilist lens,” said Robinson. “We need to demonstrate the value in international cooperation, not just through new binding rules and official structures, but through voluntary, bottom-up initiatives. Efforts such as the Paris Climate Agreement, or the plurilateral agreements being pursued by WTO members on several issues including digital trade, should be welcomed and encouraged.”

Throughout the course of the panel, Robinson also touched upon trade conflicts with China, WTO modernization, and the need to radically reform education, job training and retraining approaches around the world.

Robinson also applauded the B20’s prioritization of adoption and dissemination of artificial intelligence to ensure that AI development deployment remains “human-centric”. This issue will be a big focus of the digital economy conference that USCIB is organizing with Business at OECD (BIAC) and the OECD on March 25 in Washington, DC.