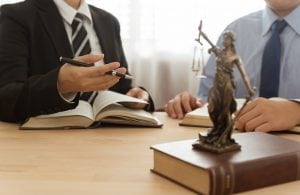 The tribunal held that following completion of an agreed environmental remediation program, Chevron was released by the Republic of Ecuador from the environmental claims that the fraudulent Ecuadorian judgment purports to address.  Following years of litigation, including visits to the former area of operations by the tribunal, the tribunal found that Ecuador violated the final release agreement that had certified the successful completion of TexPet’s remediation. TexPet was the joint venture between Texaco (subsequently acquired by Chevron) and Ecuadorian Government’s state-owned petroleum company. In more than 500 pages, the tribunal’s award details the evidence of the Lago Agrio plaintiffs’ legal team’s fraud and corruption in Ecuador, finding the evidence to be “overwhelming.”  The tribunal concluded:  “Short of a signed confession by the miscreants . . . the evidence establishing ‘ghostwriting’ in this arbitration ‘must be the most thorough documentary, video, and testimonial proof of fraud ever put before an arbitral tribunal.’”

“USCIB is encouraged that the international tribunal has rendered this important judgement and award, reaffirming that investment treaties and ISDS enforcement procedures are binding on all parties,” said USCIB Vice President for Investment and Financial Services Shaun Donnelly. “USCIB has strongly supported Chevron through this long-running case and has also long been a leading public advocate in the U.S .and internationally on the importance of strong international investment agreements (including U.S. Bilateral Investment Treaties and investment chapters in Free Trade Agreements) the ISDS disciplines to ensure implementation and compliance,” added Donnelly.

USCIB President and CEO Peter Robinson highlighted the significance of the recent tribunal ruling in the Chevron case, “We at USCIB were certainly delighted and not surprised to see the international tribunal come down with a ruling totally on the Chevron side in this long running investment dispute with the Government of Ecuador. The rejection of the fraudulent Ecuadorian court case against a respected company like Chevron and the use of words like “fraud…bribery…corruption” and the fact that the ruling was unanimous by the three-member independent tribunal clearly and decisively rejects the Ecuadorian charges against Chevron.  Even the Ecuadorian-appointed member of the tribunal joined in the unanimous ruling.  Beyond the specific implications of this case, this tribunal’s decision shows again the importance of international investment agreement sand of strong ISDS disciplines to enforce compliance by all parties, including host governments. I congratulate Chevron on this important victory and urge all parties to support strong investment protections around the world to help incentivize major investments and create the economic development, trade and jobs which flow directly from foreign direct investment in all directions.”