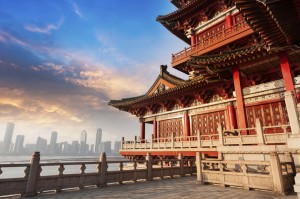 The seventh joint meeting of the U.S.-China Strategic and Economic Dialogue wrapped up on June 24, concluding the highest-level bilateral forum between the two countries. The dialogue is essential for fostering a constructive relationship between the two nations, as well as for paving the way for Chinese economic reform. These bilateral economic talks are complemented by multilateral initiatives, including engagement with the Organization for Economic Cooperation and Development (OECD).

The OECD and China are expected to agree on a detailed program of work for 2015-16. This is particularly timely as China will soon unveil priorities for its 2016 G20 Presidency, and will also outline objectives early next year for its 13th Five Year Plan. China is experiencing an enduring investment downturn and deeper regional divergences.

A return to strong and sustainable growth will necessitate a firm commitment to policy reforms and their implementation. The Business and Industry Advisory Committee (BIAC) to the OECD China Task Force regularly highlights the importance of strengthening rule of law and creating a level playing field for all companies in China, whether foreign or domestic, private or state-owned.

“China and the OECD need each other now more than ever,” said Joerg Wuttke, chair of the BIAC China Task Force, commenting on the visit of Chinese Premier Li Keqiang to the OECD Headquarters in Paris. “As Chinese companies ramp-up overseas investment, and as OECD-based companies continue to sow investments in China, a new and enhanced program for China-OECD cooperation should benefit both parties,” he added. 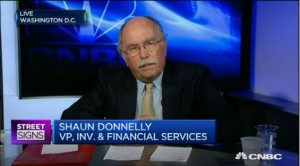 The U.S. business community supports China’s reform agenda. On June 25, USCIB Vice President Shaun Donnelly talked about the U.S. business community’s perspective on the U.S.-China Strategic and Economic Dialogue in an interview with CNBC. He noted that the prospects are good for a bilateral investment treaty between the U.S. and China, and he discussed cyber security and government procurement.

USCIB has also been engaged with the OECD’s comments on China’s 13th Five Year Plan, contributing to BIAC’s submission on the plan last year. USCIB’s China Committee will meed to discuss OECD-China relations in late July.

The OECD, a world-leader in policy tools, analysis, and advice on economic governance, is well placed to advise China on its reform agenda. OECD instruments, such as the Guidelines for Multinational Enterprises and the Anti-Bribery Convention, will be especially useful for Chinese companies investing overseas that face both the complexities and expectations of global markets.

“Sustaining China’s growth is in the interest of all parties,” commented Wuttke. “Recognizing the enormous potential for reform, the BIAC China Task Force looks forward to contributing to this next phase of China-OECD cooperation.”

This entry was posted in BIAC, Growth, Jobs and Open Markets, News Stories and tagged China, Trade and Investment.
Modified on September 17, 2015
Posted on July 2, 2015