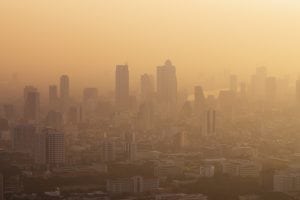 Meeting adjourned with 300+ pages that negotiators have to transform into a set of rules for governments and businesses.

Sticking points: differential treatment of reporting procedures by developed and developing countries and lack of attention to reporting on financial assistance commitments.

The United Nations Framework Convention on Climate Change convened an additional negotiating session in Bangkok, Thailand from September 4-10. Representatives of over 190 governments gathered in intense discussions to conclude rules for implementation of the Paris Agreement, which are due at the next climate governing body meeting in Poland from December 4-14.

While government representatives worked around the clock in Bangkok to develop streamlined negotiating text that could be finalized at the end of the year, the meeting adjourned with over 300 pages that negotiators will have to tackle in the limited time left and transform into a set of rules that governments and businesses can use as a blueprint for investment, energy mix and other long term decisions.

While the Bangkok deliberations were to focus on operational details relating to reporting, tracking and assessing government actions to reduce greenhouse gas emissions in line with nationally determined targets under the Paris Agreement, the discussions became contentious.

Sticking points related to differential treatment of reporting procedures by developed and developing countries, and the lack of attention to reporting on financial assistance commitments dating back to the conclusion of the Paris Agreement itself. Developing countries also continue to argue for the inclusion of loss and damage liability in future UN climate agreement procedures.

Business representatives from the International Chamber of Commerce and USCIB tracked the talks, meeting with key delegations from the U.S., Canada, Japan, Australia, New Zealand and Europe. USCIB Vice President for Strategic International Engagement, Energy and Environment Norine Kennedy commented on the U.S. business stake in what might seem to be mainly technical details: “An important consideration for U.S. business is preserving American competitiveness and ensuring deployment of U.S. innovation in global markets. The nuts and bolts of reporting under the UN climate agreement will determine how reliably we can assess comparability of effort between countries, so we appreciate the Administration’s continuing focus on clear rigorous rules for reporting such governmental actions across every nation.”