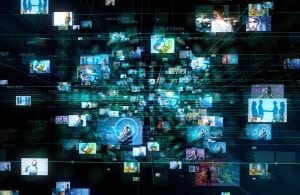 USCIB has been actively involved in providing input into Colombia’s accession process to the Organization for Economic Cooperation and Development (OECD). Most recently, USCIB’s views on Colombia’s progress to meet certain standards have been published in Politico and Inside U.S. Trade.

In Politico, USCIB stated that it welcomed the progress Colombia has made over the past several years in the context of the accession process to the OECD. “As the official voice representing US business in this process, we acknowledge the steps taken by Colombia to meet the high standards of the OECD in various sectors,” the statement reads. “We look forward to continued progress and concrete actions being taken on outstanding issues, including on pharmaceuticals and trucking, where the current status does not yet rise to the level of like-mindedness with other OECD countries on open trade and investment. As the OECD considers inviting additional countries to join, USCIB will continue to advocate on behalf of US business to ensure that all OECD countries continue to meet high standards.”

Additionally, Inside U.S. Trade also highlighted this statement, along with those of NAM and PhRMA.

USCIB Senior Director for Investment, Trade and Financial Services Eva Hampl, who coordinates U.S. business input on OECD accession issues, noted, “USCIB has worked over the past several years to represent and address any issues U.S. industry faces in Colombia in the context of the OECD accession process. Colombia is an important market for U.S. business, and it is important to ensure that the high standards of the OECD are met. We look forward to continued progress, as Colombia officially joins the OECD this week.”

USCIB Senior Vice President for Policy and Government Affairs Rob Mulligan is currently in Paris attending the annual OECD Forum, where the Colombia accession process will be finalized. Colombia is expected to sign an Accession Agreement on May 30 during the upcoming meeting of the OECD Council at the ministerial level. Colombia will become the 37th member of the OECD upon signing.