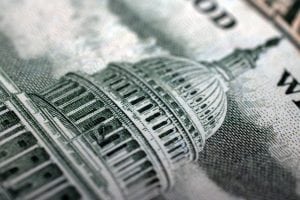 USCIB was very pleased to see both houses of Congress adopt (the House on July 25 and Senate a week later on August 1) as part of the compromise Conference Report on the overall 2019 “John McCain” National Defense Authorization Act (“NDAA”), some fundamental long-gestating revisions to the Committee on Foreign Investment in the U.S. (“CFIUS”) process for U.S. Government review of foreign direct investment (FDI) into the U.S.

Over the last year, Congress, the Administration and key stakeholders, including USCIB and the broad U.S. and international business communities, have been debating a wide range of potential major reforms to CFIUS.  Senator John Cornyn (R-TX) and Representative Robert Pittinger (R-NC) have taken the lead with their Foreign Investment Risk Review Mechanism (“FIRRMA”) bill but a wide range of possible revisions and reforms have been put on the table by various players on the Hill and beyond.

“Some of the proposed ‘reforms’, especially the idea that CFIUS should dramatically expand its remit to cover outward investment, joint ventures, licensing deals, and other innovative partnerships, were very troubling to us at USCIB and many member companies,” noted USCIB Vice President for Investment and Financial Services Shaun Donnelly. “USCIB and others in the business community raised fundamental objections to some of those more expansive proposals.”

In the end, according to Donnelly, the compromise “FIRRMA” provisions hammered out and included in the NDAA package seem a fair balance, strengthening CFIUS’s security overview of sensitive investment proposals, especially those in sensitive emerging technologies which also maintaining America’ commitment to open investment policies.

Donnelly endorsed the compromise FIRRMA provisions, stating, “We at USCIB commend the Congress and the Administration for the serious approach they’ve taken to these important investment security issues. We especially appreciate that the Treasury Department, other agencies, and many players in the Congress have all been open to a real substantive dialogue with business and other stakeholders on fundamental issues on investment security and business practices. We think they got the balance about right in the final compromise package, which is not easy.”