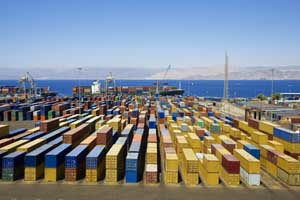 In the spirit of the strategic partnership between the International Chamber of Commerce (ICC) and the World Customs Organization (WCO), WCO Secretary General Kunio Mikuriya welcomed the ICC Commission on Customs and Trade Facilitation to WCO headquarters in Brussels for its fall 2014 meeting.

The meeting took place on October 16 and 17, and it gathered 50 participants from 20 countries to discuss ICC’s work on trade facilitation. Participants included large multinational companies such as Fedex, Diageo and Samsung, as well as chambers of commerce and business associations representing a large number of small- and medium-sized enterprises (SMEs).

Opening the meeting, Norman Schenk, vice president of global customs policy and public affairs at UPS and chair of the ICC Commission on Customs and Trade Facilitation, emphasized the importance of Customs-Business partnerships. Illustrating the transparent and constructive continuous dialogue between ICC and the WCO, several representatives and experts of the WCO secretariat, including WCO Deputy Director Compliance and Facilitation Heike Barczyk, participated in the commission’s deliberations on reducing barriers to cross-border trade.

Guest speaker Mikuriya recognized ICC as the longest standing partner of the WCO in the context of customs-business cooperation. He encouraged ICC to share its insight in emerging new business models and to provide advice on how border procedures should be improved to support a true business environment.

“Borders divide but customs connect,” he said. Pointing out the increasing significance of global value chains and e-commerce, ICC commission members emphasized the importance of taking into account the experiences of SMEs’ while addressing bottlenecks hampering cross-border trade. Improved border and customs measures could trigger a 60 to 80 percent increase in cross-border SME sales in some economies, according to research. Bringing SMEs into trusted trader programs and allowing them to have a voice will be key to moving forward

Addressing the impasse on ratification of the World Trade Organization (WTO) Trade Facilitation Agreement (TFA), Mikurya said: “Regardless of what happens with the TFA, in the short term we will push for trade facilitation.”

It is noted that while the TFA is a WTO agreement, 85 percent of the articles will have to be implemented by border agencies and the WCO Mercator Program offers a practical framework to ensure consistent implementation. While WTO negotiators are trying to address the political bottlenecks in Geneva, Customs agencies and the business community remain natural allies in enhancing trade facilitation.

ICC launched an intense advocacy campaign to mobilize its global business network to push for ratification of the TFA signed in Bali in December 2013. Highlighting the diversity of the members of the commission – both geographically and in ideas and views – the commission chair reconfirmed ICC’s support to work together with customs around the globe to drive economic growth. “ICC can help connect the dots in bringing the different groups together: customs, trade and other government agencies,” said Schenk.

This entry was posted in Growth, Jobs and Open Markets and tagged Customs and Trade Facilitation.
Posted on October 23, 2014