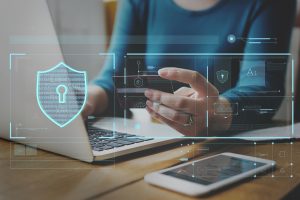 The Internet Corporation for Assigned Names and Numbers (ICANN) wrapped up six days of annual meetings on November 7 in Montreal, Quebec, which featured, at times, heated debate about the roles of ICANN and the contracted parties in mitigating domain name system (DNS) abuse and related security problems. According to USCIB Vice President for ICT Policy Barbara Wanner,  who attended the meetings in her capacity as the Business Constituency’s (BC) representative to the Commercial Stakeholder Group (CSG), while security threats and the way the ICANN community tracks, reports, and mitigates them have always been an important focus of ICANN’s work, attention to this issue has intensified in recent months amid reports of sharp increases in phishing attacks and studies estimating that the cost of global cybercrime reached approximately $600 million in 2018.

“ICANN’s Business Constituency (BC), of which USCIB is a member, highlighted profound gaps in DNS abuse mitigation throughout the week’s meetings with the ICANN Board, senior ICANN staff, and other constituencies and the need to clarify definitions of abuse and aggressively enforce against offenders,” said Wanner.

According to Wanner, participants at ICANN 66, the organization’s Annual General Meeting, continued to advance discussions about the building blocks of a model to enable third-party access to nonpublic domain name system registration data for legitimate purposes that would comply with EU General Data Protection Regulation (GDPR) and other privacy regimes. The draft model may be finalized as soon as December, more probably in early 2020, following receipt of legal advice from the European Data Protection Board (DPB).

The meeting also continued to explore how to evolve ICANN’s multistakeholder model to improve its efficiency and effectiveness as part of the FY 2021-2025 Strategic Plan as well as other DNS management issues.

Wanner’s role as BC representative to the CSG has enabled greater input to policy discussions at the CSG executive committee-level on behalf of USCIB members and facilitated important meetings with senior ICANN officials and other key constituencies.  USCIB member representatives from Amazon, AT&T, BT Americas, CenturyLink, Facebook, Google, Microsoft, and NBC Universal were present in Montreal and actively contributed to all policy discussions.