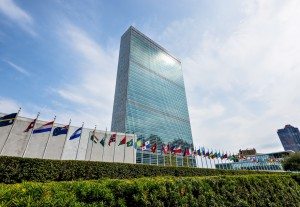 “Yesterday’s opening session showed that we on the business side are facing real challenges on ISDS with developing countries and NGO activists pushing to overturn 60 years precedent of legal protections for foreign investors with access to expert neutral arbitration to resolve disputes,” said Donnelly. “The European Union’s defection from strong ISDS provisions in their broad networks of investment agreements has given ISDS critics an unfortunate boost. The EU is aggressively and unhelpfully pushing its ‘multilateral investment court system’ in the UNCITRAL meetings this week. And the shift in recent months in the U.S. Administration’s  views on ISDS, also reflected in the on-going NAFTA update negotiations, is a further complication.”

Throughout the week, Donnelly will be reminding government delegates and other participants that investment, including Foreign Direct Investment (FDI), is the driver of economic growth, competitiveness, exports and jobs. And strong investment agreements with effective enforcement provisions can play a critical role in facilitating private investment flows.

“ISDS has worked well; governments like the U.S. with open investment regimes and strong rule-of- law culture do not lose ISDS cases,” Donnelly added. “But governments which discriminate or abuse foreign investors, tilt or rewrite the rules, need to be disciplined; ISDS offers investors those vital protections.”

Donnelly, a retired U.S. diplomat and trade negotiator before joining USCIB, made similar points in his presentation in a public “Open Form” session at the Grand Hyatt on April 23 hosted by Columbia University’s Center for Sustainable Investment for UNCITRAL participants, invited guests and the media.

Donnelly noted, “Now is the time for business representatives to speak up on the importance of strong international investment agreements.  Foreign investment, and especially ISDS, are under orchestrated attacks including a lot of disinformation. USCIB will be taking the lead in getting the facts our about foreign investment issues and ISDS. The best, strongest trade and investment agreements only deliver results when they include strong enforcement provisions to ensure compliance by all parties. ISDS is a proven formula to deliver effective, apolitical, fair enforcement.”