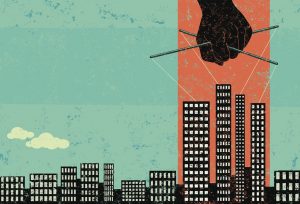 USCIB Vice President for Investment Policy Shaun Donnelly represented business on a panel discussion on November 29 marking the 20th anniversary of the OECD’s Anti-Bribery Convention organized in Washington by the Coalition for Integrity, “C4I”.  Donnelly joined senior anti-corruption officials from the OECD secretariat and the World Bank on a panel assessing the progress twenty years after the OECD’s “Convention on Combating Bribery of Foreign Public Officials in International Business Transactions” and where the convention and OECD’s anti-bribery work might be headed.

Donnelly, who also serves as a member of the C4I’s Policy Advisory Board, emphasized three points in his comments.  First, while the OECD convention has delivered greater international attention on corrupt practices, much more effort is still needed from many convention member states on enforcement and prosecutions.

Second, the lack of any focus on the “demand side’ of the bribery dynamic, corrupt government officials extorting bribes from business, remains a very serious problem.  “Companies are not the origin of all, or even, most of the bribery in international business, and OECD anti-briery efforts need to recognize those inconvenient realities,” said Donnelly.

Finally, Donnelly urged the OECD’s Bribery Working Group and the Secretariat to open up their closed door proceedings to the established OECD stakeholders, including the Business and Industry Advisory Committee, where USCIB represents U.S. business.

The C4I program included another panel, focused on the 40th anniversary of the U.S. Foreign Corrupt Practices Act (FCPA), the landmark U.S. anti-bribery law which really launched government efforts to combat corruption.  That FCPA panel included representatives from the U.S. Department of Justice and the securities and Exchange Commission.   The afternoon panel program was organized around C4I’s annual awards dinner that evening where Senator John McCain received the prestigious “Integrity Award” and the OECD was recognized with a special award for its international leadership on anti-bribery and integrity issues. Donnelly represented USCIB at that awards dinner.