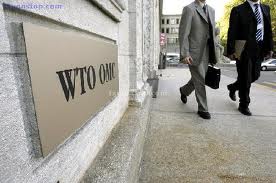 New York and Geneva, December 17, 2011 – The World Trade Organization approval of a revised government procurement agreement and invitation for Russia to be the newest WTO member were seen as positive steps towards market liberalization by the business community, according to the United States Council for International Business (USCIB), which represents American industry views to international organizations and national governments. USCIB hopes members will follow through on pursuing new approaches for opening markets given the consensus that Doha negotiations have reached an impasse.

“Business has been pushing for an ambitious Doha deal since day one, but we recognize the difficulty faced by WTO members in making the necessary concessions for a balanced package,” said USCIB Senior Vice President Rob Mulligan, who was in Geneva for the ministerial. “We are encouraged, however, that governments are looking seriously at ways to move forward on trade absent a global consensus on Doha. Finding approaches that advance market liberalization will be critical to driving economic growth and job creation.”

In Geneva, governments agreed to update the WTO Government Procurement Agreement (GPA), which encompasses 42 member countries, and encourage non-member countries like China to join. Mr. Mulligan said business was interested in promoting serious discussion of additional plurilateral or other approaches that can move members beyond the current stalemate.

The International Chamber of Commerce (ICC), which USCIB represents in the United States, yesterday issued an open letter to G20 leaders, urging them to consider additional plurilateral trade agreements, saying these could spur economic recovery. ICC also released its latest Open Markets Index, which catalogues restrictions on trade and investment in the major economies. It said support for open trade voiced by G20 countries at the end of their summit in Cannes was not matched by their recent performance, which includes significant new commercial barriers in many countries. More on the ICC initiatives is available at www.iccwbo.org.

USCIB also welcomed final approval of the invitation for Russia to join the WTO, with Mr. Mulligan calling it an important and necessary step in further opening the country to rules-based trade. While in Geneva, Mr. Mulligan met with WTO officials, as well as government and business leaders from other countries, to discuss moving forward on new approaches to opening markets in the WTO.

“We will be taking a close look at the results of the ministerial and, with strong input from USCIB member companies, making recommendations to the U.S. government and the policy community on additional steps business sees as necessary to expand trade and investment through the WTO and other channels,” he said.

About USCIB:
USCIB promotes open markets, competitiveness and innovation, sustainable development and corporate responsibility, supported by international engagement and prudent regulation. Its members include top U.S.-based global companies and professional services firms from every sector of our economy, with operations in every region of the world. With a unique global network encompassing leading international business organizations, including ICC, USCIB provides business views to policy makers and regulatory authorities worldwide, and works to facilitate international trade and investment. More information is available at www.uscib.org.

This entry was posted in Press Release and tagged Trade and Investment.
Posted on December 17, 2011