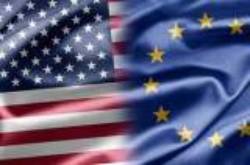 New York, N.Y., January 13, 2015 – The United States Council for International Business (USCIB) looks forward to a resumption of negotiations on investor protections in the Transatlantic Trade and Investment Partnership (TTIP) following today’s publication of the EU’s final report on the online public consultation on investment protection and investor-state dispute settlement (ISDS) in the U.S.-EU trade agreement. TTIP negotiations were launched in July 2013, but negotiations on the agreement’s investment chapter have been stalled since early 2014.

As an active advocate for strong investment protections, USCIB hopes that with the publication of this report, productive negotiations on an investment chapter in TTIP can resume.

Following a preliminary report providing a statistical overview of responses, this final report provides the opportunity for the EU to resume negotiation of an ambitious investment chapter in TTIP, armed with a wide variety of stakeholder input as guidance. Nearly 150,000 replies to the consultation included specific views on the thirteen questions posed, as well as statements indicating opposition or concern to investment protection, ISDS and TTIP in general. Without providing specific guidance on the contents of an investment chapter in TTIP, the Commission responded to the various views by outlining four areas in which to explore further improvements.

“Foreign direct investment (FDI) is a cornerstone of economic growth and jobs, and an open investment climate requires policies and agreements that are transparent and non-discriminatory,” said USCIB Director for Investment, Trade and Financial Services Eva Hampl.  “ISDS is an essential component of a predictable and fair system that protects investors against the potentially arbitrary actions of host states. It de-politicizes potential disputes by providing a neutral mechanism of legal dispute resolution.”

The Commission launched the consultation in response to public concerns about whether the EU’s proposed approach for TTIP would achieve the right balance between protecting investors and safeguarding the EU’s right and ability to regulate in the public interest.  USCIB submitted comments in support of an ambitious investment chapter including strong investor protection and ISDS representing the views of the U.S. business community.  USCIB also signed a joint statement with other U.S. and EU business associations upon the release of the report.

A high standard investment chapter including ISDS is crucial to a successful TTIP, and both the EU and the U.S. stand to gain significantly from a concluded agreement.

USCIB promotes open markets, competitiveness and innovation, sustainable development and corporate responsibility, supported by international engagement and regulatory coherence. Its members include U.S.-based global companies and professional services firms from every sector of our economy, with operations in every region of the world. With a unique global network encompassing leading international business organizations, USCIB provides business views to policy makers and regulatory authorities worldwide, and works to facilitate international trade and investment. More at www.uscib.org.

This entry was posted in Growth, Jobs and Open Markets, Press Release and tagged Trade and Investment.
Modified on May 14, 2015
Posted on January 13, 2015