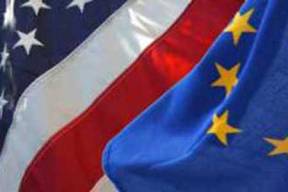 On Tuesday, January 13, the EU Commission released its final report on the online public consultation on investment protection and investor-state dispute settlement (ISDS) in the Trans-Atlantic Trade and Investment Partnership (TTIP). In response, USCIB issued a press release noting the importance of a strong investment chapter including ISDS in the agreement. USCIB also played a leading role in pulling together a group of 15 major business groups on both sides of the Atlantic to issue a joint statement that same day.

The commission launched the consultation in response to public concerns about whether the EU’s proposed approach for TTIP would achieve the right balance between protecting investors and safeguarding the EU’s ability to regulate in the public interest.

The commission – which issued a consultation questionnaire about 12 issues concerning investment protection and ISDS in TTIP – had received a total of nearly 150,000 replies by the July 13 deadline, with the vast majority (around 145,000, or 97%) submitted through various online platforms with pre-defined answers. Most replies were skeptical of investor protections and ISDS.  In addition to these mass-produced responses, there were also submissions from more than 3,000 individual citizens, and about 450 organizations, including USCIB.

According to the report, the commission received responses in three broad categories: statements indicating opposition or concerns to TTIP in general, concerns or opposition with regard to investment protection and ISDS in TTIP, and specific views in relation to the various aspects presented under each question, often accompanied by concrete suggestions for the way forward.

“The commission has not made a clear recommendation on how to move ahead with the negotiations,” said Eva Hampl, USCIB’s Director for Investment, Trade and Financial Services. “That suggests the volume of responses opposing investor protections in TTIP has not gone unnoticed.”

Instead of prescribing a concrete way forward, the commission merely noted four areas where they urge further improvements to be explored:

“Though not unexpected, the Commission report confirms that TTIP, particularly for investment and ISDS, will continue to be an uphill battle,” said Hampl.

USCIB submitted comments in support of an ambitious investment chapter including strong investor protection and ISDS representing the views of the U.S. business community.  USCIB also signed a joint statement with other U.S. and EU business associations upon the release of the report.

A high standard investment chapter including ISDS is crucial to a successful TTIP, and both the EU and the U.S. stand to gain significantly from a concluded agreement.

This entry was posted in Growth, Jobs and Open Markets, News Stories and tagged Trade and Investment.
Modified on May 14, 2015
Posted on January 22, 2015