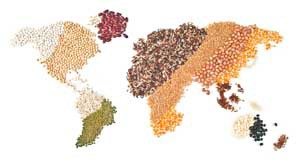 Malnutrition affects over half the global population, undermining growth and perpetuating poverty. Fighting malnutrition continues to be a high priority on the international agenda, and the Second International Conference on Nutrition (ICN2) this November in Rome will set the stage for UN Secretary General Ban Ki-Moon’s call for global action on nutrition.

In the lead-up to ICN2, a broad and diverse delegation of private sector representatives participated in a global debate on nutrition on June 20 with UN member countries in Rome, where the UN Food and Agriculture Organization (FAO) is headquartered.

“We, as our civil society colleagues have indicated, want to underscore the importance of making non-state actors, such as the private sector and civil society, a full partner in the preparation for, and attendance at the ICN2,” wrote JB Cordaro, chairman of the International Agri-Food Network, who delivered a statement with input from several food and agriculture private-sector organizations at the meeting.

The FAO Director General, Graziano da Silva, welcomed the private sector’s input and noted that “the participation of non-state actors is critical for the success of any development process.” Business representatives will have an opportunity to make statements to governments at the ICN2 in November.

The June 20 meeting was a success, with governments supporting business’s role in the lead-up to the November conference, and it marks the first time the FAO actively engaged with the private sector apart from online consultations, according to Helen Medina, USCIB’s senior director for product policy and innovation.

Following on this meeting’s success, the private sector has been offered the opportunity to present at a similar event at the World Health Organization in Geneva on July 15.

This entry was posted in Competitiveness and Innovation, News Stories, Sustainable Development and tagged Food and Agriculture.
Modified on February 22, 2017
Posted on June 25, 2014