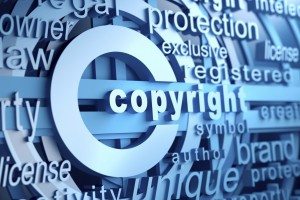 One of the most contentious issues during the United Nations COP21 climate negotiations was the push by NGOs and some countries to frame intellectual property (IP) rights as a barrier to environmental goals. USCIB and other business groups made a strong case for IP frameworks, arguing that innovation is crucial for developing solutions to the world’s climate challenges, and thanks to their efforts IP was not mentioned in the final climate treaty agreed to in Paris last year.

However, significant challenges to IP are proliferating throughout the UN system, and concerns remain about the Paris Agreement’s implementation and subsequent climate negotiations. To help push back against attacks on IP protection, USCIB and five other business associations sent a letter to U.S. Senator Orrin Hatch urging the U.S. government “to safeguard innovation at multilateral institutions.”

The letter notes that there is positive precedent for such an approach by the United States, as several IP experts from the American delegation at COP21 worked together to ensure that the Paris Agreement’s text didn’t mention IP and removed uncertainty that could have discouraged continued investments by U.S. companies in clean technology.

Challenges to IP have also arisen in the recently announced UN High Level Panel (UNHLP) on Access to Medicines, and at other international regulatory institutions such as the World Health Organization (WHO). In both cases, the business community is worried that innovators’ perspective will not be taken into account in the agencies’ policy deliberations. The letter encourages the U.S. to prevent the UNHLP and WHO from “constraining business involvement to the detriment of innovation.”

“U.S. leadership will be essential to managing diverse initiatives across the UN system…to ensure that they do not undermine innovation,” the letter stated. “All relevant U.S. government agencies must be aligned in such efforts.”

This entry was posted in Competitiveness and Innovation, News Stories and tagged Environment, Health Care.
Modified on May 10, 2016
Posted on February 19, 2016