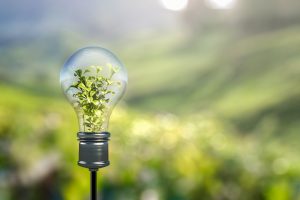 USCIB once again sponsored the World Trade Symposium this year November 6-7 in New York. The Symposium, hosted by Finastra and programmed by The Economist Events, brought together researchers, government officials and private sector leaders to discuss “Trade in an Uncertain World.” According to USCIB Assistant Policy and Program Manager Daniella Goncalves, several themes emerged throughout the Symposium, including the impact of new technologies on trade and investment, the need for greater interoperability of new technologies, the importance of sustainability to trade and investment and the continued importance of free trade.

Political uncertainty took center stage during the event’s discussions. The rise of populism and protectionist policies, as well as perceived lack of efficiency and productivity in multilateral fora, were identified as threats to be addressed. Many participants expressed the need to reform multilateral institutions and reaffirmed their support for trade liberalization. The need for U.S. leadership in such reform and trade liberalization activities was highlighted as a priority. Participants were in agreement that the restoration of predictability, reciprocity and fairness is required to bolster global trade and investment.

Digitization has the ability to drive down costs and speed of getting goods to market, but standardization of data protection and date flow regulation are priorities. The importance of regulating data flows and the need for standardized data protection laws, new technologies and the issue of illicit trade were highlighted by several panelists, including the World Trade Organization (WTO) Deputy Director-General Ambassador Alan Wm. Wolff, Research Professor of International Affairs & Director of Digital Trade & Data Governance hub Susan Ariel Aaronson and President of the Mediterranean Shipping Company Fabio Santucci.

The use of blockchain was characterized as a means to more efficiently engage in trade and investment, as well as increase sustainability through decreased paper usage. However, interoperability of blockchains and standardization of regulatory frameworks remain hurdles to wide-spread deployment of this technology.

It was noted that the International Chamber of Commerce (ICC) is working with an Asia-based partner to develop a blockchain technology to enable traceability and tracking of goods. The goal ultimately is to promote interoperability among various blockchain networks and technology platforms.

Recognizing the rise of consumer interest in sustainability, the issue of sustainable trade and investment was discussed. According to the panelists, millennial consumers are driving interest in and profitability of sustainable goods and services. Trade has lifted hundreds of millions out of poverty; to continue to see the benefits of trade, growth needs to be inclusive. USCIB is actively advocating on these important issues in various multilateral fora, including at the Organization for Economic Cooperation and Development (OECD) in Paris.