The recipients of USCIB’s International Leadership Award have helped to shape the world we live in today. 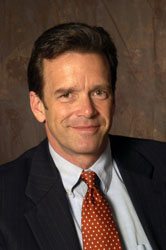 On important anniversaries, it’s customary to look back, to reflect on all that’s occurred over the years, and how things have changed.  As we commemorate the 30th anniversary of USCIB’s International Leadership Award, presented this year to 3M CEO George Buckley at USCIB’s Annual Dinner on November 3, we certainly have plenty to look back on.

I’d like to use this space to look at how this “legacy of leadership” – the priorities and passions of the 30 individuals who have been honored with the award – shapes the world we live in today, and provides guidance for dealing with the global business challenges ahead.

Since its inception in 1980, the International Leadership Award has represented, first and foremost, an unassailable commitment to open markets, to expanding international trade and investment.  In his acceptance remarks, our very first honoree, Reginald Jones of GE, focused on the vital importance of exports to the U.S. economy, calling increased trade essential  in achieving sustained economic growth, improved productivity, technological advancement and job creation.  Certainly no one could argue with the continued relevance of that message.

Three years later, David Rockefeller put the trade/growth imperative in the context of Cold War tensions, noting that supporting economic development in poorer countries was an important way to counter Soviet hegemony.  While the stark ideological divide of those days has thankfully dissipated, we all know that trade and growth remain critical factors in countering extremism around the world.

Some honorees have used the platform of the International Leadership Award to rally business and government on important new concerns.  This was the case in 1984, when Edmund Pratt of Pfizer issued a call to action to develop new and better rules to protect intellectual property rights – which led directly to the inclusion of IP protection in the Uruguay Round trade negotiations.  Twenty years later, Jean-René Fourtou of Vivendi Universal picked up the IP banner again, announcing the creation of ICC’s innovative BASCAP (Business Action to Stop Counterfeiting and Piracy) initiative.

Through it all, perhaps the most important theme, and one that bears repeating in today’s world, is can-do spirit.  Current USCIB Chairman Terry McGraw, honored in 2006, noted that international trade “rests on quintessentially American values” of openness, fairness, competition and inclusion .  In 1991, during recessionary times not unlike our own, Kay Whitmore of Eastman Kodak warned against unfounded U.S. pessimism and the siren song of isolationism.  “Pessimism is self perpetuating,” he said, “and failure of nerve can lead to very bad policies.”  Nearly 20 years later, these words still carry remarkable weight.

Persistence, and staying true to one’s principles, was a theme taken up in 2002 by Dick McCormick, the longtime CEO of US WEST who also served as chairman of USCIB and ICC.  He said a benchmark of his career was “the certainty I’ve gained – that the mission and efforts of the United States Council for International Business are the right things, at the right time, for the right reasons – and that we cannot give up, even when the going gets tough.”

More than ever, American business must wrestle with difficult challenges: how to balance corporate profitability with environmental responsibility; how to increase jobs in the U.S. while pursuing new markets overseas; how to support the growth and development of societies around the world, while remaining true to our core values.  As we honor George Buckley and look ahead to the next 30 years, we can have no better guides than the remarkable individuals who have been honored with the International Leadership Award.

Other recent postings from Mr. Robinson:

Now More Than Ever: Competitiveness and Innovation Matter (Winter 2009/2010)

This entry was posted in From the President. Bookmark the permalink.
Modified on June 10, 2015
Posted on September 10, 2010