In their haste to tackle “base erosion and profit shifting,” governments risk fostering the kind of unilateral action they are seeking to avoid. 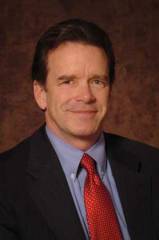 Last year, responding to concerns that multinational firms take advantage of gaps in the global taxation system to move income to lower-tax jurisdictions, the leaders of the G20 endorsed a plan put forward by the Organization for Economic Cooperation and Development (OECD) to counter what governments called “base erosion and profit shifting,” or BEPS.

This acronym has quickly risen to the top of many CEOs’ “worry list,” and made the annual tax conference we organized with the OECD in June (see story on page 3) even more popular than usual this year. But what’s behind the sudden rush to action in an area as contentious and fraught with complexity as global tax policy? And what might happen if governments get it wrong?

Tax is not a moral issue. Indeed, the OECD and others have said repeatedly that tax planning – including planning that results in base erosion and profit shifting – is entirely legal. Companies do not abuse the system by taking advantage of legal methods of reducing their taxes. Corporate tax reduction strategies have, however, caught the attention of politicians (and the public) at least in part because of the financial crisis and the resulting fiscal consolidation. There is – and should be – a policy debate about the appropriate level of corporate income taxes.

Each country has a sovereign right to make decisions about the amount of revenue it collects, and from whom. Indeed, the ability to make decisions about taxing and spending is a core element of statehood, and a country cannot give up that ability without surrendering its sovereignty. So, taxing rights are jealously guarded by countries. What then is the function of the OECD or any other multilateral organization in this core function?

In order to promote international trade and investment, countries need agreed-upon rules of the road to determine which country has taxing rights to how much income when goods or services cross borders. If there is no agreement, then uncertainty and double taxation will reduce trade and investment. The BEPS project arose out of concern that the rules for eliminating double taxation have gone too far and the pendulum needs to swing at least part of the way back.

It is important, however, to maintain sound principles for determining when a foreign company is subject to tax within a jurisdiction and how much of its income is subject to tax. Although the existing principles do not work perfectly, they have facilitated the development of cross-border trade and investment, and should not be abandoned lightly or in the absence of a new consensus. Any new consensus must be a true, detailed consensus where countries agree not just on a string of words, but on the meanings of those words.

Race to the finish line?

The first group of projects is now heading towards completion. These projects include work on intangibles as well as such seemingly esoteric topics as country-by-country reporting, tax treaty abuse, hybrids and the arm’s length principle. In today’s modern, highly integrated global economy, these issues are crucial for the operations of multinational companies and the administration of national tax systems.

While the OECD does not have legislative authority, there is substantial political will behind the BEPS project and wide support from the G20 countries, which are participating in the process on an equal footing with OECD member countries. But getting to a fair and reasoned outcome on a 24-month deadline is challenging, given the scale of its ambition and critical need for a consultative process with BIAC and other stakeholders to work toward consensus.

That’s why business must engage positively with the OECD, recognizing the public and political momentum behind change, and the continuing danger of unilateral action if the BEPS action plan falters. Moreover, there are many other pressing tax issues for U.S. legislators and policy makers. The challenge is to pursue these in concert with the reforms being undertaken via the BEPS process, with the goal of creating a simpler, fairer and more competitive tax system for everyone.

Other recent postings from Peter Robinson: