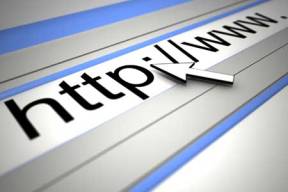 International policymaking around the Internet is in fashion. French President Nicolas Sarkozy recently hosted the “e-G8” summit in Paris to discuss it, deliberations are underway in the United Nations about it, and the OECD will be hosting a high-level meeting on it. But perhaps the most striking change to the Internet for many users may come about as a result of the next month’s meeting of the Internet Corporation for Assigned Names and Numbers (ICANN) in Singapore, where discussions will focus on the finalization of the rules around the introduction of new top-level domains (TLDs).

ICANN’s board of directors may vote for a large-scale expansion of the domain name space (DNS) beyond the familiar .com, .net, .org, and country code designations. How would the possible introduction of new TLDs like .music, .eco, and .[your brand] affect the landscape of the Internet?

Over the past three years, ICANN put forward a number of proposals to expand the Internet’s domain name space. Some stakeholders are keen to see new TLDs introduced, arguing that their presence will help increase innovation and competition in the DNS marketplace, decrease prices for domain names, and increase consumer choice. Others see any rollout of TLDs as potentially problematic, citing important concerns over intellectual property protection, possible consumer confusion, and stress on the technical security and stability of the DNS itself.

Governments have been particularly vocal in recent months in seeking to ensure that ICANN proceed in a way that safeguards the global public interest as it works to expand the DNS. On May 22, ICANN’s Board and the Government Advisory Committee held a teleconference to discuss current concerns with the program and agreed to meet again in person at the upcoming meeting in Singapore. Currently, the ICANN Board is scheduled to consider finalizing the program in Singapore on June 20.

“Whenever and however a program for new TLDs is approved, it is incumbent on ICANN to ensure that it is done in transparent and accountable manner,” according to Chris Martin, USCIB’s manager for marketing & advertising policy, ICT and banking. “On the broader question of Internet policymaking, many eyes are watching ICANN in its stewardship of the DNS. It is important that it get it right, so that policymakers, wherever they may reside, have confidence in the private-sector model of Internet governance that ICANN embodies and which USCIB supports.”

USCIB has participated in a number of discussions around new “gTLDs” and has stated that any program for their introduction should enhance innovation, competition, the protection of consumers and intellectual property rights, and preserve the security and stability of the DNS. USCIB has also said that it is vital that ICANN work diligently with stakeholders to address remaining key concerns of the initiative with the Internet community.

Fashions may change, Mr. Martin said, but correctly managing governance of the Internet is of vital importance to U.S. business.

This entry was posted in Competitiveness and Innovation, Policy Areas and tagged Information Communications and Technology.
Modified on March 31, 2015
Posted on May 26, 2011