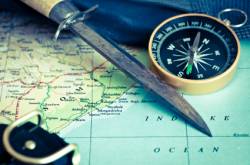 Against the backdrop of ever-more aggressive forays by Somali pirates against shipping in the Indian Ocean, USCIB President and CEO Peter M. Robinson recently wrote to Secretary of State Hillary Clinton and other top administration officials involved in national security to draw attention to a global Call for Action on Piracy, issued by our affiliate the International Chamber of Commerce at the May 25-27 International Transport Forum in Leipzig, Germany.

ICC calls on governments to take immediate action to improve the rules of engagement given to the navies present in the Indian Ocean, to refocus the efforts of the United Nations and other international bodies to ensure that required institutions in south-central Somalia are established to maintain economic and social standards, and to hold pirates accountable for their conduct.

In the past year, there has been an escalation in both violence and the number of attacks on ships and crew in the area off the coast of Somalia. According to ICC’s International Maritime Bureau, there were 219 attacks off Somalia in 2010, in which 49 vessels were hijacked and 1,016 crew members taken hostage.

Despite measures taken by the UN Security Council and the presence of naval units in the area, pirates continue to strike with increasing violence. In addition to placing individuals and crews in danger, piracy is disrupting international trade and shipping. In 2010, the One Earth Foundation estimated the economic cost of piracy on the supply chain to be in the range of $7-12 billion.

In the call to action, ICC “urges governments to recognize that piracy, in addition to its effect on the safety of seafarers, has an important financial impact on global trade and shipping, and furthermore poses increased threat on the stability and security of energy supply lines not only for major industrial nations.”

The ICC Call for Action on Piracy has been endorsed by over 20 CEOs from key shipping and trading companies around the world.

ICC Call to Action on Piracy

This entry was posted in Growth, Jobs and Open Markets, Policy Areas, Policy Positions and Statements and tagged Customs and Trade Facilitation, Transportation.
Modified on May 27, 2015
Posted on July 8, 2011